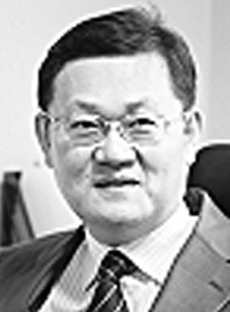 On Dec. 10, 2009, a conference on the Korean economy and future was held at the Blue House. More than 200 people attended, including President Lee Myung-bak, the prime minister, economic ministers, research institute heads and businessmen. International organizations also took part. As a chief economist at the Asia Development Bank, I made a presentation on economic prospect and policy tasks for 2010. The global economy was slowly recovering from the shocks of the Wall Street meltdown. I discussed the best policies to increase sustainable jobs and help people’s livelihoods, how to continue expanding fiscal spending while maintaining fiscal health, and how to prepare for a sudden outflow of foreign capital.

Korea is internationally viewed as an example of an economy that recovered well. In December 2008, it signed a currency swap of $20 billion with the U.S. Federal Reserve and expanded existing currency swaps with Japan and China to prevent the crisis from spreading. In 2009 alone, President Lee held 40 weekly emergency economic meetings to quickly decide policies and review outcomes. At the meetings, the economic minister said that his policy would focus on adding jobs to enhance the quality of employment and stabilize people’s livelihoods. The president stayed through the meetings and listened. Political leaders and policy makers led the economy by listening to the opinions of domestic and foreign experts.

The Lee Myung-bak administration stabilized the economy amid difficult external conditions in 2009. In 2010, the economic growth rate was 6.8 percent, second highest among the OECD members. In 2010, 320,000 jobs were added and income distribution improved. Korea was selected as the chair of the G-20 in 2010, and its international status was raised. In the third year of the administration, Lee’s approval rating reached 49 percent, according to a Gallup Korea poll, highest among past administrations halfway through the term. Until the early days of the fourth year, his approval rating stayed over 40 percent.

The Moon Jae-in administration hit the halfway point last week. His approval rating was 45 percent, second highest in Korea. Moon started with the highest rating in history, at 84 percent, after the previous administration ended with corruption and power abuse. Anticipation for inter-Korean reconciliation also helped his rating. But his rating started to fall at the end of last year due to unresolved economic and welfare issues and appointment fiascoes. If the economy does not improve, some predict that the rating will fall faster next year.

The Moon administration set the goal of making a better economy so that fruits of the growth are shared by every member. As growth was not attained, however, distribution also was not improved. This year’s economic growth rate was the lowest in ten years, not to mention the widening income gap between the top 20 percent and bottom 20 percent for three consecutive years. The government responded to the economic aggravation with populist policies. While reinforcing the social security net is necessary, pork-barrel welfare spending grew too quickly. As the fiscal deficit grew, the share of government debt to GDP is also increasing. As policies to add temporary jobs became the focus due to employment challenges, urgent structural reforms lost priority. Responses to the contraction of key manufacturing industries and the poor performance of small businesses were not enough, and I did not see efforts to nurture new industries and remove unnecessary regulations and inefficient systems.

There were many measures for a fairer economy, but there is a long way to go to build a business ecosystem of cooperation and prosperity by effectively removing unjust practices and excessive market dominance of large conglomerates to allow fair competition among businesses of various sizes. Social disparity still exists. “Symbiotic growth” to bring a good cycle of growth and distribution by offering fair opportunities to all individuals, enhancing social mobility and increasing the middle class has a long way to go.

The Moon Jae-in administration needs to build a new economic operation plan for the second half of his term. The government should learn from the Lee Myung-bak administration. Moon must meet with domestic and foreign economic experts to listen to their opinions and accurately understand the economic situation and plan policies. Policies with adverse side effects should be scrapped, and areas that fall behind should be supplemented.

Policies to restore vitality in the private sector while enhancing the growth potential should be listed and made a top priority, and their outcomes should be checked regularly. Competent experts should be appointed to oversee economic policies to give confidence at home and abroad. Moon should have economic advisors who know macroeconomics and have a commitment on structural reform, and he should listen to their advice frequently. I hope his administration gives hope to the people by taking a turn and presenting new economic management.