The Seoul High Court Friday reversed its earlier verdict in a visa suit filed by Steve Yoo, which should allow the draft-dodging singer to return to Korea for the first time in 16 years.

The Supreme Court remanded the case back to the Seoul High Court in July, rejecting the appeals court’s ban on the Korean-American singer, who also goes by his Korean name Yoo Seung-jun. 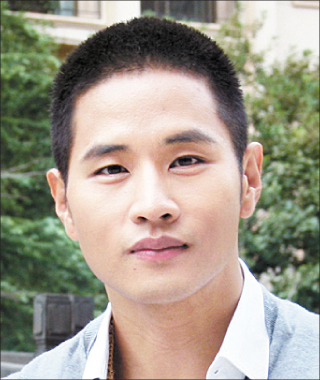 Yoo was one of the hottest music stars of the late 1990s and the early 2000s, but his career collapsed when he claimed to be too ill to do compulsory military duty in 2001 — and then avoided it entirely by giving up his Korean citizenship in 2002 and attaining U.S. citizenship. The singer had publicly stated in various interviews that a “Korean man should perform his military duties.”

The public loathing of Yoo became so intense that the Korean government prohibited him from returning to Korea, insisting that if he returned to Korea and resumed performing, it would demoralize soldiers and encourage other young men to dodge the draft.

Yoo tried to return by flying into Incheon International Airport in February 2002 but was stopped on the grounds of the Justice Ministry’s decision. He stayed at the airport for six hours and flew back to the United States. He was allowed to enter Korea for three days in June 2003, for the funeral of his fiancée’s father, and has not been in the country since.

In 2015, Yoo filed a suit against the Korean Consulate in Los Angeles after it refused to issue him an F-4 visa, which is given to overseas Koreans. He says he made mistakes when he was young, but it is unlawful to ban him from entering the country.

The rulings against Yoo in the district court in 2016 and the original ruling by the Seoul High Court in 2017 were based on Article 11 of the Immigration Act, which prohibits people who are “highly likely to commit any act detrimental to the interests of the Republic of Korea or public safety.” The initial ruling stated that Yoo may “discourage active soldiers’ morale.”

But the Supreme Court ruled in July that it was “unlawful for the Korean Consulate to deny his visa just because [the Korean government] determined that he should not be able to enter Korea 13 years and seven months ago, without considering any other factors.”

Friday’s ruling by the Seoul High Court resurrected the issue after nearly two decades. Some Korean men in their late 30s, who were infuriated at the time, are now less exercised.

“I don’t really care whether Yoo is allowed back into Korea or not,” said Lee Man-soo, a 35-year-old banker from Seoul. “When I was younger, I guess it angered me, but I think we can allow him in now.”

Lee Gilmaro, a 36-year-old computer programmer in Seoul, who was exempted from military service because of kidney trouble, said he didn’t even pay attention to the news.

“I guess people like me who didn’t serve in the military will probably be unconcerned with this case.”
But some in their 20s showed that the passions still run high.

“Is this a country?” wrote one netizen in an online comment after identifying himself as a 20-something-year-old. “How can a proper country accept a man who abandoned it to dodge military service? This country is doomed.”