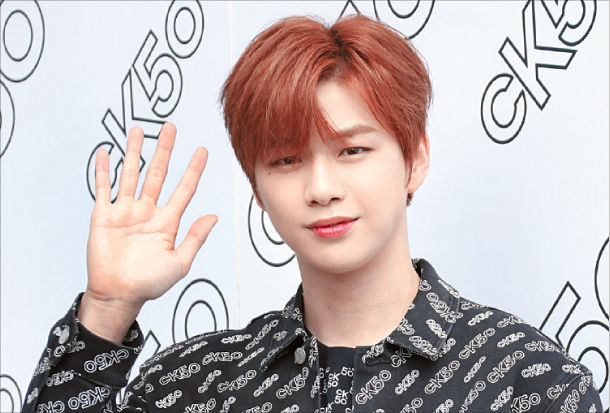 Singer Kang Daniel will appear as a special M.C. on KBS variety show “Happy Together 4” to promote his upcoming digital single which will be released on Nov. 25, according to the public broadcaster on Friday. It will be Kang’s first appearance on a local variety program since his solo debut.
After Kang released his album “Color on Me” in July, the singer has held fan meetings across Asia for the past several months.
According to his agency Konnect Entertainment, fans who plan to attend Kang’s fan meeting “Color on Seoul” from Nov. 22 to 24 at Kintex in Ilsan, Gyeonggi, will be the first ones to hear the artist’s song before its official release, which Kang prepared especially for the fans coming to his event.
“Happy Together 4” has been inviting celebrity guests to be special M.C.s since one of the show’s main hosts, actor Jo Yoon-hee, quit the show to focus on her acting career in September.