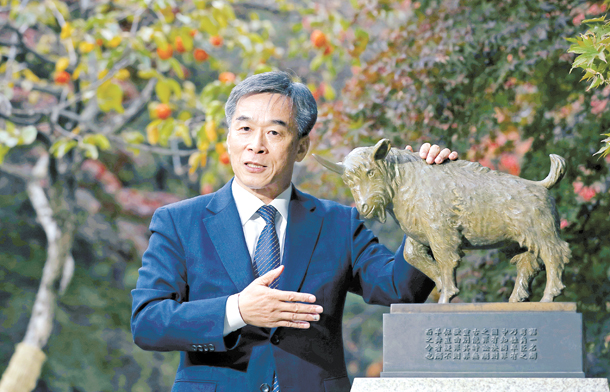 Kim Kyung-soo, The former head of the special investigation department at the Supreme Prosecutors’ Office

The investigation into Cho Kuk and his family is reaching its climax as the prosecution has already questioned the former justice minister while his wife professor Chung Kyung-sim is already detained.

Q. The Justice Ministry drafted an internal ordinance barring the disclosure of criminal cases in the name of protecting the human rights of a suspect which will take effect Dec. 1.

A. Barring the disclosure of criminal cases to protect a suspect’s human rights is a step in the right direction, but there are other aspects to consider. The Korean people have the right to know when it comes to major social issues in the national spotlight regarding the public interest. The press should be given a chance to monitor and criticize public figures.
In this sense, it’s absurd to push forward with a policy when two values are colliding head on. Human rights matter, but finding justice is just as important.

There is concern that the ordinance will suppress the free press as it can bar reporters from directly contacting prosecutors and ban their entry to the prosecutors’ office if they produce incorrect news.

Indiscriminate contact between the press and the prosecution and investigators is problematic. Currently, the justice minister’s seat is empty. Reforms are typically made from the prosecutorial reform committee. But this is both dangerous and irresponsible as it is against constitutional order and done by people who can’t take full responsibility. Discussions on policy reforms must wait until a justice minister who can take procedural responsibility is in place, at least. Delaying the appointment of the justice minister to introduce much-needed reforms is nothing more than an excuse.

Some point out that Cho’s family will receive preferential treatment thanks to the ministry’s move.

The issue of barring the disclosure of criminal cases has been brought up since the investigation of Cho’s family took off, so it’s inevitable for the ministry to face questions about its motivation behind the decision. Also, it is inappropriate to make a draft overnight without consent from the Supreme Prosecutors’ Office, which actually holds the power.

What is the middle ground between Article 126, the publication of facts of a suspected crime, and the public’s right to know?

The investigation process must minimize the publication of the facts of a suspected crime, but there is an exception. For example, when new crime tactics emerge such as voice phishing, we should let the public know as soon as possible to prevent additional damage. In this sense, for a case or a suspect that draws national attention, a press briefing is needed. Without the briefing, the suspect might face serious human rights violations due to incorrect news reports.

The photo line is a byproduct of Korea’s bizarre system. Abolishing it is the right thing to do. But the timing, which coincided with the summoning of Chung Kyung-sim, provided room for criticism regarding the motivation behind improving the policy.

Broadcasting stations censored Chung Kyung-sim’s face while the court was reviewing a warrant.

Chung Kyung-sim is hardly a public figure. But when Cho was under investigation while he was still the justice minister, Chung was in the national spotlight as she was his wife. In this case, setting up a photo line may be necessary. There is the issue of portrait rights, but it’s not unreasonable to reveal her face considering the national attention even though she is not a public figure.

The prosecutions’ investigation on Cho’s family is in accordance with the law, so why are there voices demanding prosecutorial reform?

What is the appropriate direction for prosecutorial reform?

If the president fails to take control of the very organization where he appointed his own people, then it’s his fault.

Downsizing an investigation organization or reducing the number of investigations should be adjusted by supply and demand, according to society’s “corruption index.” A society can’t be maintained properly if investigation institutions are reduced while corruption runs wild. In this sense, touting the abolishment of special investigation units as a fundamental process of prosecutorial reform is very wrong.

According to a poll, 71.3 percent of Korean people think that “Korean society is not fair.”

The president and the ruling party both praised Yoon Seok-youl as a great and fair man when they appointed him as prosecutor general in August, but they poured criticism on him when the situation became unfavorable. Looking at this, our society is not mature enough to discuss justice and fairness. In deciding what is justice and equality, the law ought to be the guide. Debate over what is justice and equality outside the boundary of the law will only give birth to endless controversies.

As the first spokesperson of the Supreme Prosecutors’ Office, what is your view on the press?

The press and the prosecution both believe in the power of facts and strive to search for the truth. However, I was subjected to ludicrous situations due to the press many times, though the major press organizations are relatively good-mannered. It’s painful and worrying as a citizen of this country to watch the press being increasingly entrenched in [political] ideologies.

What is your most memorable experience having worked as the prosecutor of the special investigation unit for 28 years?

It was investing former President Chun Doo Hwan and former President Roh Tae-woo. Looking at the two presidents who once enjoyed enormous authority as the most powerful men in the country wearing jail uniforms made me feel that life is fleeting and fragile. Prosecutors should also reflect on themselves continuously. They should always be humble. They should let go of the arrogance that their decisions are always right.