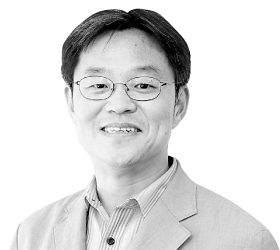 The smugness has crept back. The government is gloating over job increases. In a press briefing last week, Presidential Chief of Staff Noh Young-min admitted that results had been slow on the job front. But the mood changed after Statistics Korea released the job data for October where the number of employed increased by 419,000 from the same period last year. Both job quality and quantity has improved, declared Hong Nam-ki, deputy prime minister for the economy. When reporters pointed out that of the added jobs, 417,000 went to seniors aged 60 and older, he argued that creating jobs for the elderly was important for society. So I have cross-checked the facts to argue against the government’s reasoning.

First of all, the Ministry of Employment and Labor highlighted that full-time employment has increased. It claimed that workers paid for 36 hours or longer per week grew by 188,000 on average from January to August compared to the same period of last year. The biggest increase came from those who work 36 to 44 hours, the ministry said. But it left out a one-time factor in June. Last year, June 13 was a day off for the local elections. But this year, salaried workers worked one day extra against the same week of June last year. That translated into 4.34 million more workers. Yet the government did not give this a mention when it touted the full-time payroll increase for the first eight months of the year. It either chose to hide this fact, or does not genuinely care about jobs as long as the number increases.

No one would deny that senior citizens also need jobs in a fast aging society. But jobs for those under 60 are more important. The government cannot become complacent about its job policy because jobs for seniors have mostly increased.

The number of those employed in their 50s also increased — because the previous administration pushed back the legal retirement age to 60. Although there has not been any improvement for jobs for those in their 40s, the number for those in their 30s has been on the increase because the number of their jobs fell slower than the decrease of population in the age group. But the increased jobs for those aged between 15 and 29 were mostly created in restaurants and lodging industries, which tend to pay on an hourly basis. Again, the government has nothing to be proud of.

Figures can be deceiving. Most additions were made in jobs with hours of 17 or less. The data could suggest that people are settling for side jobs to make up for their reduced household income. The employment rate could go up, but income does not. Those in the low-income bracket must take up any job that comes by to survive.

Small merchants are equally hard-up. An owner of a beauty salon in Dongjak District in southern Seoul said she had to let her last employee go.

When the government pushed ahead with an income-led growth policy, it did not carefully study the potential impact on small shopkeepers and the low-income class. The government only keeps its eyes on the headline figures and chooses not to see the reality behind the details. It merely indulges large unions. “All animals are equal, but some animals are more equal than others,” this quote from Animal Farm by George Orwell should give policymakers something to think about.