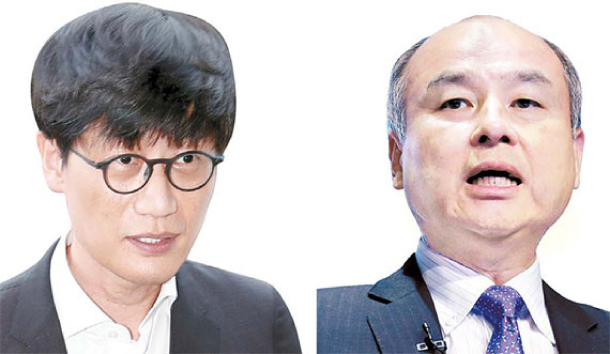 Naver’s Line messaging service and Yahoo Japan reached an agreement to merge Monday, which will create the largest messaging-to-merchandising platform in Japan.

Under an agreement signed Monday, Naver and SoftBank will each hold a 50 percent stake in a new joint venture, which will be the largest shareholder of Z Holdings. Line and Yahoo Japan will become subsidiaries of Z Holdings.

An agreement with details on integration will be finalized next month, according to a SoftBank press release Monday.

In its Korean statement, Naver said Line’s decision to join forces with Z Holdings was intended to “form a close partnership to offer a new experience in a cashless era and create synergy for future growth by entering new tech-based businesses.”

The merger will make Z Holdings the largest IT operator in Japan with businesses including mobile messaging, portals, e-commerce and fintech. Line is the country’s leading mobile messaging app with a 70 percent market share. Yahoo Japan is the country’s second-largest portal with a market share of around 20 percent. Bringing the two companies together would bring their users to over 100 million, analysts said.

Immediate synergy is expected in online payments - the only business in which Naver and Yahoo Japan currently compete against each other. Under a government-led initiative for a cashless society, Japan has over 10 services competing aggressively. Line Pay has 37 million users in Japan while PayPay, operated by SoftBank and Yahoo Japan, has 19 million.

“Apart from the synergy created by integrating messenger, search engine and telecommunications, the integration would also prevent cutthroat competition and investment overlaps in commerce and new businesses,” said Sung Jong-hwa, an analyst at eBest Investment & Securities.

But the integration of companies is not directed at the Japanese market alone.

“In the internet market, overseas companies are overwhelmingly dominant, and even when comparing the size of operations, there is currently a big difference between such overseas companies and those in Japan and other Asian countries, other than China,” SoftBank said in its press release.

In the IT world, giants like Google and China’s Alibaba lead in multiple business sectors as one-stop service providers - with a reach surpassing their home countries. Yahoo Japan, for example, was once a dominant search engine in Japan but lost young search engine users to Google.

In a conference last June, Naver founder Lee Hae-jin said he wanted the portal to be remembered as a “company that survived the battle against imperialism,” referring to Google’s dominance as a global search engine. He also hinted at the need of forming alliances to compete in the market.

Naver, SoftBank, Z Holdings and Line were in talks on a “variety of alliances” since mid-June, according to SoftBank. The following month, Lee met with SoftBank Group CEO Masayoshi Son during his trip to Korea. Discussions on “business integration” started in the beginning of August.

They confirmed that the companies sensed crisis in the competition against American and Chinese rivals. Even the merger may not place them ahead by sales or research investments.

“We both felt we needed to act now to prepare for the future,’’ said Line Chief Executive Takeshi Idezawa, reported the Associated Press.

The executives added that the two companies have businesses overlapping in common fields but have different strengths that can complement each other.

The new entity will have 10 board members, with three each from Line and Yahoo and four from outside the companies. The integration process will be completed by October 2020.