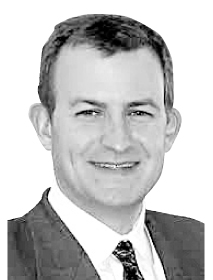 Robert Kelly
The author is a professor of political science at Pusan National University.

On Nov. 23, South Korea is scheduled to withdraw from the General Security of Military Information Agreement (Gsomia) with Japan. This move by South Korea is claimed to be a direct response to Japan’s imposition of export controls over the summer on chemicals used in South Korean high-tech industries.

The withdrawal from Gsomia has been greeted with widespread skepticism. Few security analysts believe the decision to be wise on the substance, and ironically the government of President Moon Jae-in has admitted this too through its own actions: Seoul has used Gsomia’s information sharing with Japan several times since the Moon administration declared its intention to leave. Bizarrely, Moon is conceding that his government values Gsomia even as it abandons it.

The termination, therefore, is entirely political — a product of nationalist brinksmanship with Japan rather than national security calculation. In other words, domestic politics is driving a national security decision, and that is almost always a mistake — which Seoul’s continuing use of Gsomia hypocritically admits. The Moon government should reconsider while there is still time.

There has been much focus in the South Korean media on the U.S. pleading and cajoling Seoul to stay in the agreement. It is also widely thought here, on the left especially, that Washington wants South Korea in Gsomia as a part of China containment. The media framing of the Gsomia debate has generally been a nationalist one, in which small South Korea is a victim of U.S. and Japanese bullying.

This narrative is overwrought: It is not at all clear that U.S. policy is to contain China, nor is it news to anyone that the U.S.-Japan alliance — not the American relationship with smaller allies like Australia or the Philippines — is the linchpin of the U.S. position in Asia. Debating these tangential issues distracts from the core issue — does Gsomia facilitate South Korean security or not? — by playing to Korean ideological grudges. Catering to the nationalist satisfactions of Moon’s anti-Japan, domestic coalition may be good politicking, but none of this makes South Korea more secure. I am amazed how little focus there is in the South Korea media on what Gsomia actually does, and therefore, whether or not it is a good idea to quit it.

The Moon government should therefore admit to the South Korean public that it utilizes Gsomia and continues to do so right now. It should admit that Japan has intelligence-gathering capabilities which South Korea does not — satellites and electronic signals collection mostly. These products are valuable for South Korea to obtain quickly and at no cost. The expense to South Korea of duplicating these capabilities would be prohibitive.

If Gsomia is to be cancelled, then the government should publicly admit these costs. It should not pretend, as it has, that Seoul can somehow deepen relations with the United States to compensate or that the United States supports a post-Gsomia, U.S.-South Korean deepening. Washington very clearly does not. In fact, the opposite is likely: Seoul is risking a breach with the Americans by insisting on this path. Ending Gsomia will damage relations with the Americans at a time of unnerving U.S. presidential hostility over the perception that South Korea is “cheap-riding” on the United States.

The Moon administration may nonetheless believe that all these costs — losing access to Japanese intelligence, alienating the Americans, infuriating U.S. President Donald Trump even more, casting doubt on South Korean credibility — are worth it. Fair enough. This decision is South Korea’s sovereign choice. But the Moon government needs to be more honest with the South Korean public about these risks, and the South Korea media discussion needs to focus on these concerns rather constantly changing the subject to historical issues between Korea and Japan.

The wider argument in favor of termination from this government is that Gsomia is unnecessary if détente between North and South Korea proceeds. If North Korea turns from an adversary into a brother Korean state, then cooperation with the Japanese historical opponent is unnecessary. The same logic underlies the South Korean left’s casual attitude toward North Korean denuclearization: If Pyongyang is our friend now, then we need not worry about its missiles and warheads. President Moon flirted with this when he suggested a “peace economy” with North Korea was an alternative to trade with Japan.

This logic holds only if North Korea comes around. And perhaps it still will. But after two years of outreach, the unhappy truth is that Moon has little to show for his détente. Despite multiple summits with both Moon and Trump, North Korean leader Kim Jong-un has not given up anything meaningful. The North will not even concede family reunions with the South — an easy, popular, low-cost, low-threat way for the North to improve relations with the South. The North has repeatedly brushed aside South Korean cooperation feelers. It has not collaborated on restoring Mount Kumgang. It has rejected South Korean food assistance. And it continues to criticize the South Korean government as a plaything of foreigners.

Moon’s commitment to détente with North Korea is genuine. This is the driving issue of his career, and perhaps his sheer enthusiasm for a deal can still pull something out of Kim. But the window of opportunity for a serious U.S.-South Korea-North Korea deal is closing. Trump is facing re-election and impeachment; after three photo op summits with Kim, Trump will not come back for more without a serious offer from the North.

All this is to say that the intra-Korean Cold War is lamentably enduring and that Japan remains a continuing ally of convenience to South Korea in its struggle to tame North Korea. If Moon’s outreach had dramatically changed North Korean behavior, then terminating Gsomia would not be so risky. A deep intra-Korean integration would obviate the need for the South’s alignment with the United States and Japan. The South Korean left desperately wants this, but the reality of relations with the North is just not there. North Korea continues to test missiles, produce warheads, brutally repress its population, engage in criminal activity like hacking and labor trafficking, sustain its extreme personality cult and so on.

So long as North Korea remains substantially unchanged, security cooperation with Japan (and the United States) serves South Korean defense. No amount of historical debate or nationalist posturing changes that, as the Moon government’s own Gsomia usage admits. To withdraw from Gsomia is South Korea’s sovereign choice, of course, but South Korean voters should be aware of the high costs.