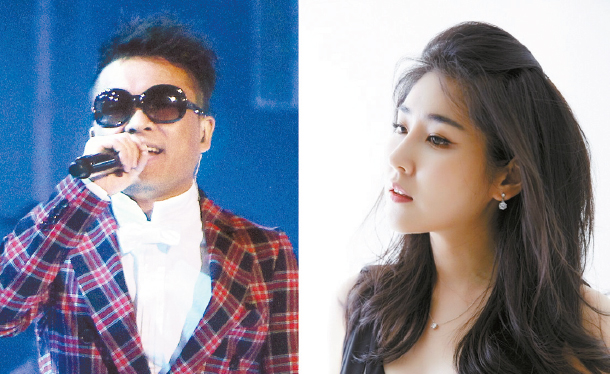 According to local media outlet Osen on Thursday, Jang’s father confirmed that the couple had legally registered their marriage.

Reports that Kim, a veteran pop and ballad singer who debuted in 1992, was planning to get married first surfaced last month. Kim later confirmed to the press that the couple decided to postpone their wedding to next May, although it was initially set for January.

Jang, who studied at Berklee College of Music, comes from a celebrity family. Her father Jang Wook-jo is a composer-turned-pastor, while her brother Jang Hee-woong is an actor who’s appeared in dramas like “I Can Hear Your Voice” (2013).