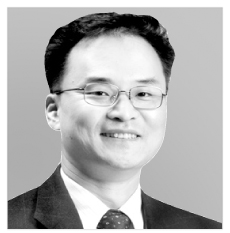 According to a Gallup Korea poll conducted from Nov. 19 to 21 — shortly before last week’s Friday deadline for renewing the General Security of Military Information Agreement (Gsomia) between Korea and Japan — 51 percent of the respondents said that the Moon Jae-in administration took the right step to withdraw from the bilateral military intelligence-sharing pact, while only 29 percent said they would not support the administration’s decision to terminate the agreement.

It was worse 16 years ago. In 2003, when the United States asked South Korea to send troops to Iraq, many lawmakers of the ruling liberal party were against the proposal. Late Rep. Kim Geun-tae, a member of the ruling party, claimed it was “an immoral war” and Rep. Im Jong-seok, another lawmaker from the party, even went on a hunger strike. Looking back on the developments, the war in Iraq had no justification or practical benefit. Former U.S. President Barack Obama publicly opposed the war, and current President Donald Trump joined the chorus, defining the war as a “tragic waste” of money.

But for former Korean President Roh Moo-hyun, who was president in 2003 when Seoul received the proposal from Washington, it was difficult to ignore a call from the George W. Bush administration, where neoconservatives dominated. It was the moment to decide whether the Korea-U.S. alliance would remain or break.

If Roh had decided not to send troops to Iraq, there was a risk of losing a number of U.S. troops stationed in Korea, especially the 2nd Infantry Division, whose mission was to block the advance of North Korean troops to Seoul. There used to be an American military base called Camp Greaves near the demilitarized zone. It was home to a number of units, including the 2nd Infantry Division’s 506th Infantry Regiment, which is famous for having one of the strongest air assault capabilities in the entire U.S. Army. The 1st Battalion of the 506th Infantry Regiment did not return to Korea after it was deployed to Iraq in 2004.

Former President Roh’s decision to send troops to Iraq did not earn him any votes from the Korean conservatives. The same goes for Gsomia, too. Conservatives probably won’t change their critical attitudes toward the Moon administration just because it decided to suspend the termination of the military pact with Japan. Nevertheless, it is right for the government to make decisions based on the gains and losses of the country, as it was entrusted by the public to run state affairs.

On April 2, 2003, when Roh stepped into the National Assembly’s main chamber to deliver his first parliamentary address, he mentioned the sending of our troops before his other major policies like economic reform, labor reform and media reform. “I’m a politician who has valued cause. At every critical moment during my political journey, I made choices based on cause, even if that brought about some disadvantages for me. […] I’ve decided to send our troops to Iraq, and now, I ask for your agreement because the fate of our country and our people rely on my decision.”

Later that day, the National Assembly passed a bill to dispatch military medics and engineers, instead of combat soldiers.

Sixteen years later, the political atmosphere in Northeast Asia is not the same. Pyongyang has developed intercontinental ballistic missiles tipped with nuclear warheads. The Bush administration never thought about severing the South-U.S. alliance if Seoul did not pay for the upkeep of American troops here. But the Trump administration seems to be lacking any genuine sense of a blood-tied alliance if it is not backed by money.

Regardless of who started the tit-for-tat with Japan, the current diplomatic dispute is probably the worst Seoul has ever experienced with the neighboring country. China, on the other hand, is strengthening its suppressive overseas outreach, as seen with Korea’s deployment of the U.S.-led Terminal High Altitude Area Defense (Thaad) antimissile system and the Hong Kong protests.

At a time when China has grown more heavy-handed and Korea is clashing with Japan, the Blue House aides who advised President Moon to fiddle with the Gsomia card — and in doing so, risked an all-out diplomatic war with the United States — should take a look at Roh’s first parliamentary address. They should think why Roh, despite the high political risk of losing his supporters, decided to send troops to Iraq.

Their warning that Seoul can terminate Gsomia at any time won’t be as easy as they think.