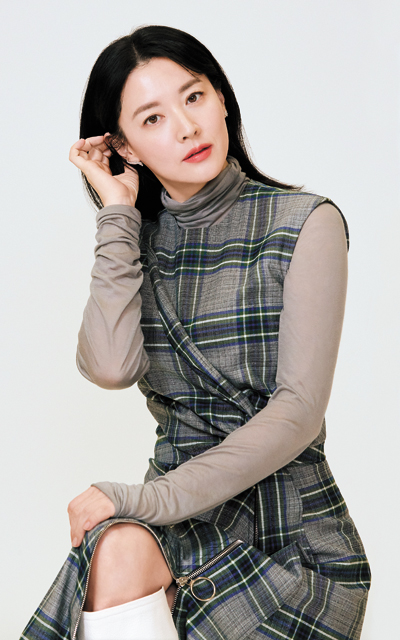 Actor Lee Young-ae unintentionally cloaked herself in mystery when she went off the grid for nearly a decade after her marriage in 2009.

Of course, Lee didn’t completely disappear. Although she stopped working, Lee’s occasional appearances in public ensured she still made headlines from time to time, mainly because her elegant beauty appeared to blossom as she aged.

Lee has a reputation for being especially good at picking out scripts that lead to highly successful films or drama series with strong characters and a clear message, including “Joint Security Area” (2000), “One Fine Spring Day” (2001) and “Sympathy For Lady Vengeance” (2005).

Lee did briefly return to the small screen in 2017 with the drama “Saimdang, Memoir of Colors,” but the show was ultimately cut short due to low ratings.

Lee’s highly-anticipated return to the big screen comes a huge 14 years after her last feature film. But, considering her reputation for savvy script choices, her appearance in Lee Seung-woo’s “Bring Me Home,” a film that deals with the incredibly delicate issue of child abuse, came as something of a surprise. As she did in “Lady Vengeance,” Lee will again play a mother.

When asked about why she chose the film, the actor simply replied she trusts her instincts. 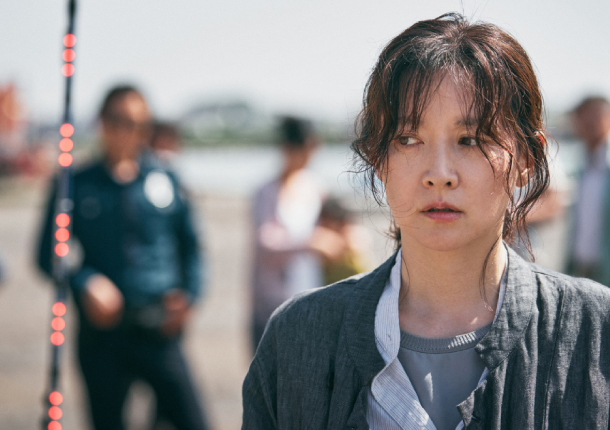 Lee Young-ae plays Jung-yeon, a mother who goes off in search of her missing son in a secluded seaside village where the villagers seem to be hiding something. [WARNER BROS KOREA]

“I liked the twist at the end and the message the film contained,” she said in an interview with the press. “I knew that the director had been working on the script for 10 years and I could see how meticulously he had created the scenario, so I didn’t hesitate.”

The film centers around Jung-yeon, a mother who visits a seaside town after receiving hints that her son might be there. Despite Jung-yeon’s inquiries, the villagers are somewhat hostile toward her. Instinctively sensing that they are hiding something, Jung-yeon strives to discover the truth.

Although the director was inspired to write the script after seeing a missing child poster, he firmly drew a line when asked at the press conference whether or not it was based on a real missing child case. But the film sheds light on child trafficking and child abuse, issues that society still has to tackle today.

The film does not hesitate to show the audience the ugly side of society, and the actor revealed that in the original script, the amount of violence and cruelty was even higher.

As a mother of twins, Lee said that “there wasn’t a single scene that wasn’t difficult,” but “it was inevitable for the world of pain that Jung-yeon would have to experience and the cruelty of child abuse - it was something that the audience would have to also feel to realize the film’s message.”

Lee admitted that there has always been a part of her that wanted to resume her career, but it was all about “the timing.”

“I was focused on raising the children, and that was hard enough itself,” Lee said. “I think the timing was right for this film because I was finally at a place where I can balance my career and family. The kids are old enough to understand my work schedule, and my husband also helped out a lot.”

Although the actor hinted that she would be resuming her acting career, it’s clear her focus is still on her family - throughout the interview, Lee was most animated when talking about her husband and children.

“The biggest difference between my last film and this one is that I had to take care of my family when I got home,” Lee said.

“For ‘Lady Venegance’ and before I got married, I could stay in the character even after I went home after shooting. I would wonder what my character would do when she stays at home alone. But for this one, I had to snap out of it to take care of the household. I couldn’t be staring at the kids and my husband with empty eyes like Jung-yeon does.”

As for concerns about the maternal image overlapping with her last film, the actor shrugged it off.

“I think they are [two] completely different [films],” Lee said. “If you have to pinpoint a similarity I would say it’s about maternal love, but I want to see this film from a wider perspective. It’s more about how a person looks at another person, and the emotions run deeper. I’m not really worried about that actually.”

Moreover, Lee views the film as a turning point to show that she has more depth and variety to offer as an actor. “I think the depth of emotions and acting that I do is different after I got married,” she said. “I think this movie is part of the journey in which I’m trying to rediscover myself [as an actor] in my forties.

“I hope that the audience views the film as more of a drama movie than a dark thriller, as I did.”

Despite the difficult topics the movie deals with, Lee hopes it will resonate with audiences.

“The film covers a social aspect that anyone can sympathize with, so I hope that it can appeal to all the audiences instead of merely being remembered for the genre’s dark and heavy sides,” she said.