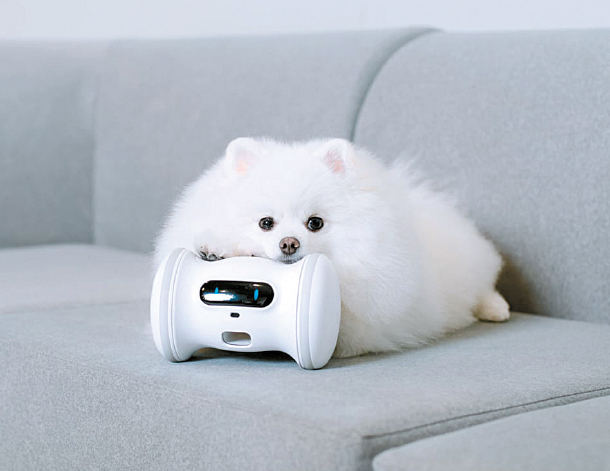 Lee Hyeon-jong, a 43-year-old office worker living alone in Pangyo, Gyeonggi, recently bought a small electronic device to look after his cat. After installing the device on the litter box, he downloaded an application on his smartphone and synced to the device.

The device sends real-time data on the litter box to the app, allowing Lee to check on his cat when he is working in the office.

“Ever since I found that cats change litter box habits when sick, I started using the app. I feel relieved because I can check how much more or less my cat uses the litter box compared to the last week or last month,” said Lee.

With the rapid increase in the number of pet lovers keeping animals indoors, and with the rapid development of information and communication technology (ICT) that transmits real-time data, a new term has been coined: pet tech, or pet technology.

Though demand for snacks and strollers for pets rise together with the number of pet lovers, pet tech is taking the pet industry to a whole new level.

Exercising pets when you want

Pet tech is making waves. The excitement is palpable in big tech. 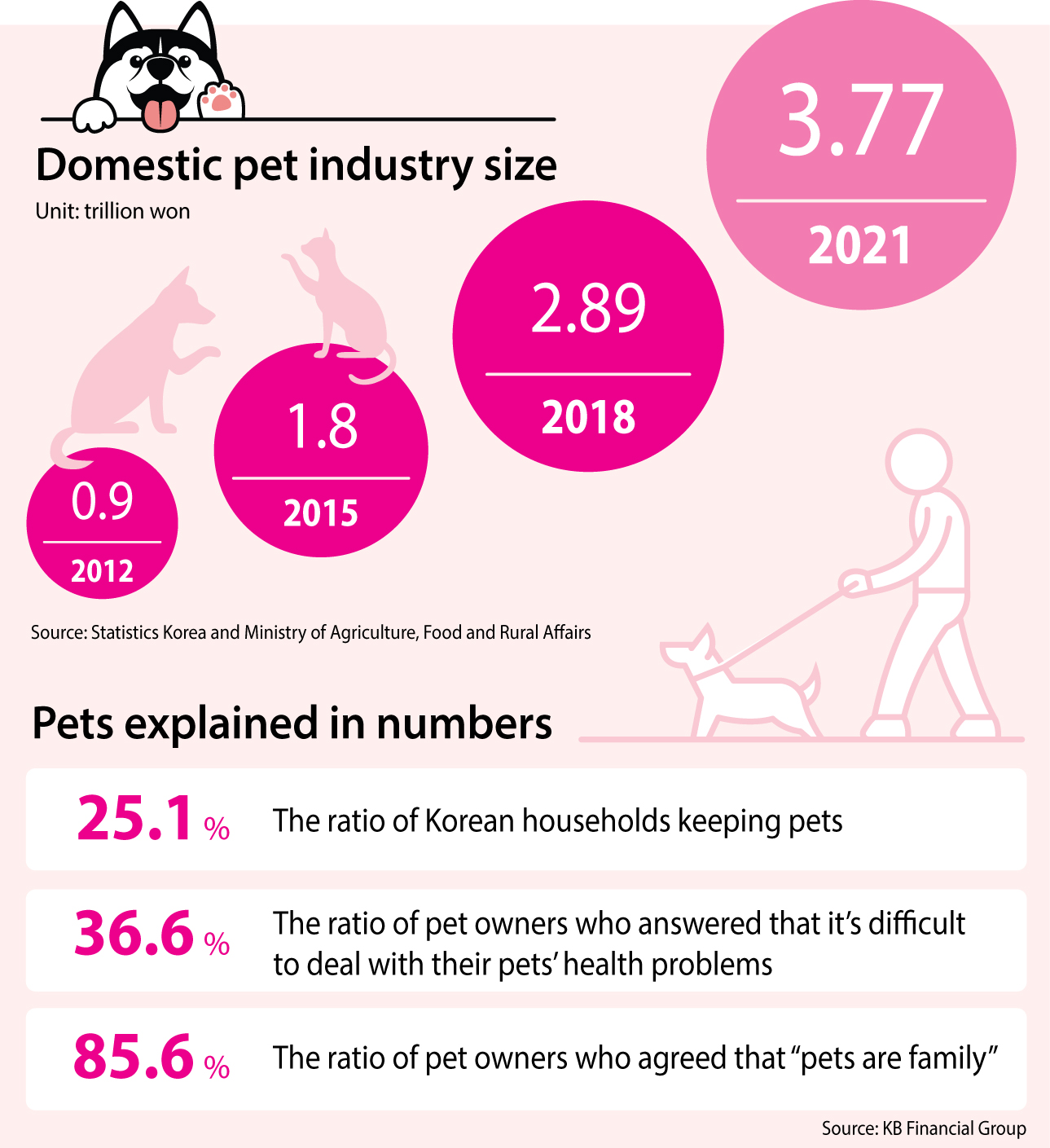 The service monitors pets through security cameras installed indoors, allows users to look after their pets from outside and enables users to play with the animal by controlling small robots via an application.

“This service targets single households and dual-income couples who are worried leaving their pets alone at home,” said an official from LG U+.

LG Electronics is also focusing on the pet tech market as it released the PuriCare air purifier for pets.

KakaoPay introduced an insurance package for pets last month through its mobile payment and digital wallet service platform. Owners with pets between the ages of 60 days and eight years and 11 months can buy the insurance and pay the fee on the KakaoTalk messenger after providing basic information.

This trend can be traced back to last year when the domestic pet tech industry grew exponentially as start-ups sensitive to trends jumped into and pioneered pet tech with the help of crowdfunding.

According to Wadiz, Korea’s largest crowdfunding brokerage platform operator, the GomiLabs crowdfunding was oversubscribed 53 times in a month. It makes the Gomi Ball, a spherical robot pet toy.

The toy entertains the animal by running away from it when it bites or drops the toy.

All sorts of pet tech is gaining popularity. Varram’s Pet Fitness Robot moves around at a particular time set by a user to give snacks to a pet. Depending on the relationship between the pet and the robot, the robot’s cruising speed changes. A user can adjust the number of times snacks are dispensed.

The crowdfunding for the product was oversubscribed 127 times.

PurrSongWriter’s LavvieBot self-cleaning litter box not only cleans itself but also refills the litter. Both products generated strong crowdfunding interest.

“As pets are increasingly recognized as part of the family, pet tech demand focused on the welfare of pets are on the rise,” said Noh Tae-gu, head of PurrSongWriter.

For consumers, rapid growth of various ICT and pet tech markets allowed them to look after their pets as if they are their own children.

Pet tech looks promising in both B2B and B2C.

While pet hospitals previously couldn’t deal in pet appliances, pet furniture, pet supplements and animal feed due to the lack of space, the platform allows the hospitals to operate a virtual store on a kiosk.

“[The platform] only treats products and services reviewed by experts, including veterinarians, so the industry is welcoming it,” said Kim Hyun-wook, CEO of Health and Medicine.

According to Statistics Korea, the number of people owning pets in Korea broke 10 million in 2016. The pet industry has more than tripled in size since 2012.

The incredible speed of ICT development is helping.

Problems remain, especially concerns over poor quality due to the fierce competition and the necessity of modifying related laws and regulations.

“According to current animal protection laws, only eight industries, including beauty and funeral businesses, are included in the [pet] industry, so new businesses are in the blind spot,” said Kim Hyun-joong, an associate researcher of Korea Rural Economic Institute.

“Additional laws are necessary to support the overall pet industry including the fast-growing pet tech industry.”