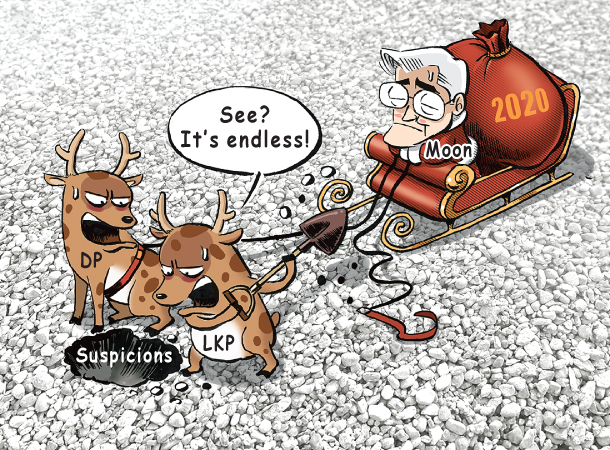 Ahead of the April 13 general elections next year, suspicions over the Blue House having abused its powers are surfacing one after another. Baek Won-woo — President Moon Jae-in’s close aide and a former secretary for civil affairs — is suspected of having forced the local police to investigate former Ulsan major Kim Gi-hyeon of the opposition Liberty Korea Party (LKP) shortly before the June 13 local elections last year to help his rival from the ruling Democratic Party (DP) win in the mayoral race.