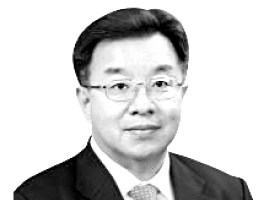 North Korea’s provocations have become blatant. Since the last rendezvous between North Korean leader Kim Jong-un and U.S. President Donald Trump at the truce village of Panmunjom on June 30, North Korea has fired off a new type of short-range missiles 13 times. The latest two projectiles were blasted off from a super-large multiple rocket launcher. They all fell into the East Sea, putting most of the South Korean military and infrastructure locations within target. They also threatened the U.S.-led Terminal High Altitude Area Defense (Thaad) antimissile system, as well as other assets of allied forces, including the U.S. base in Pyeongtaek, Gyeonggi.

According to 38 North, a U.S.-based North Korea watch site, in October, satellite imagery of the Yongbyon Nuclear Scientific Research Center showed that minor construction projects were underway to suggest possibly renewed reactor activities. The International Atomic Energy Agency, the U.S. Congress and other international research institutes agreed on improvements in North Korean nuclear capabilities. On Nov. 23, the 9th anniversary of the North’s shelling on Yeonpyeong, a frontline island in the West Sea, Kim supervised drills on Changrin Islet along the maritime border of the west coast. That was in violation of the inter-Korean military agreement on Nov. 19, 2018, which was signed during President Moon Jae-in’s summit with Kim in Pyongyang.

Meanwhile, China and Russia have been using the diplomatic standoff between South Korea and Japan to carry out joint military exercises in the East Sea. They have been capitalizing on the weakening of the tripartite security alliance between South Korea, Japan, and the United States to expand their influence in the region. They believe the breakdown of the Korea-Japan General Security of Military Information Agreement (Gsomia) will lead to fissures in the Korea-U.S. alliance.

During a town hall meeting with the people last month, President Moon said South Korea and Japan could continue with security cooperation. Gsomia, as the president noted, is a symbolic pact on mutual trust. Seoul must expand cooperation in necessary fields with Tokyo along with Gsomia to maintain a complex strategic structure. When South Korean and Japanese forces hold joint air operations over the East Sea, they could send a strong message to China and Russia and help contain China’s strategic ambition over hegemony in East Asia.

If South Korea departs from its alliance with America and Japan and tries to mediate between Washington and Pyongyang, that cannot work unless North Korean nuclear and missile threats are entirely removed or South Korea has secured its own nuclear assets. Japan and the United States meet monthly for space cooperation and hold joint exercises in Colorado. In cyber warfare, the two consider any threat to the other party as its own.

The U.S. space authority plans to build up cooperation based on Japan’s material and other science technologies. The United States and Japan also are beefing up maritime cooperation. South Korea could contain North Korea’s submarine threat if it can have the help of the Japanese forces with the world’s best capacity in removing underwater mines. Wallace Gregson, former assistant defense secretary, highlighted South Korea’s exposure to North Korean submarine attacks, following the sinking of the Cheonan warship in 2010 to argue the need for joint allied forces against the North’s underwater threats.

Korea and the United States have been reinforcing antisubmarine capabilities. They need Japan, which has the world’s best technology on sonar sound and underwater mapping intelligence, to maximize the effect. There is a limit to building confident intelligence systems on our own. Security cooperation is essential for the livelihood of the people and national interests. The lesson from the Gsomia flop has been clear. Domestic politics must be left out in security cooperation to cope with the North Korean threat. The South Korean and U.S. security alliance cannot be complete without Japan.