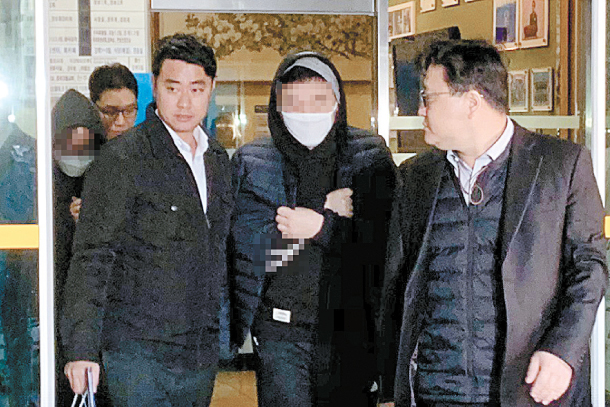 Producers Kim Yong-bum and Ahn Joon-young were indicted with detainment on Tuesday evening for fraud, while five others - including Mnet producers and a staff member of an entertainment agency - were indicted without detainment. Prosecutors concluded that all four seasons of Mnet’s audition program “Produce 101” rigged fan votes in the final rounds. On Nov. 14, above, Kim, front, and Ahn were brought to the prosecutors’ office. [YONHAP]