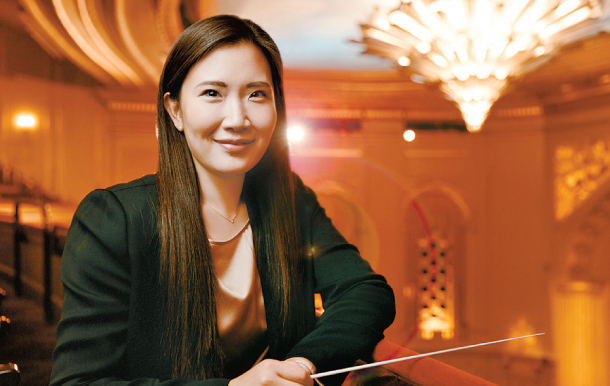 The San Francisco Opera has named conductor Kim Eun-sun its new music director, ushering the first woman into the job in the company’s history.

The 39-year-old Kim will become the company’s music director designate effective immediately and take on the position permanently in August, conducting Beethoven’s “Fidelio” when the 2020-21 season opens, the company said Thursday.

“From my very first moments at San Francisco Opera, I felt this was home,” Kim said in a statement. She said she found “an unusual feeling of open collaboration” across the company and was honored to take on the new role.

Kim’s appointment marks the latest change in musical leadership at a major American opera house. At the Metropolitan Opera in New York, Yannick Nezet-Seguin took over as music director in the 2018-19 season, following James Levine who held the position for 40 years and was fired in 2018 over allegations of sexual abuse and harassment. Levine has denied the allegations.

At the Lyric Opera of Chicago, Andrew Davis will retire as music director at the end of the next season after more than 20 years and be replaced by conductor Enrique Mazzola.

Kim succeeds Nicola Luisotti whose nine-year tenure as music director ended in 2018. She will lead the orchestra, chorus and music staff and conduct concerts and up to four productions each season in her initial five-year contract, the company said.

Born in South Korea, Kim began her career in Europe and made her U.S. debut in 2017, leading a production of “La Traviata” at Houston Grand Opera, where she was subsequently named the company’s first principal guest conductor in 25 years, the statement said. She made her Washington National Opera debut last month and has upcoming performances scheduled at Los Angeles Opera and the Lyric Opera of Chicago, among other companies.

The company’s general director, Matthew Shilvock, said that Kim brings a unique energy to San Francisco Opera and praised her as a thoughtful leader who is artistically skilled, compassionate and has “an incredible respect for everyone in the theater.”

“She leads with great vision on the podium, but also welcomes each and every person into the creative process, inviting them to do their very best work,” Shilvock said in a statement. “The resulting art is spectacular.”