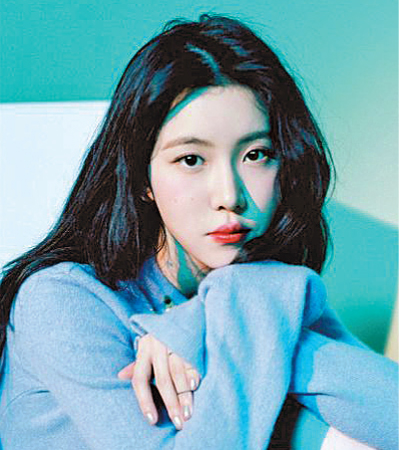 Singer Baek Ye-rin topped the charts with her first album since she left her former agency JYP Entertainment, her independent label Blue Vinyl said on Wednesday.

Baek released her full-length album “Every letter I sent you.” on Tuesday evening and its lead track “Square” topped the charts on major local streaming charts such as Melon, Genie and Olleh Music.

The singer wrote “Square” in 2017, and it has been popular among her fans, but the song hadn’t been properly distributed until now. The lyrics are written in English.

“This is the first time in Korea for a song written in English lyrics to top the charts,” said the agency.

The top four spots on the hourly chart of music streaming service Bugs Music were filled by Baek.

Baek made her debut in 2012 as part of a duo named 15&, along with Park Ji-min, under JYP Entertainment. The two had been more popular with their solo tracks, and some of Baek’s hit songs include “Across the Universe” (2015) and “Bye bye my blue” (2016).

She parted ways with JYP in September.