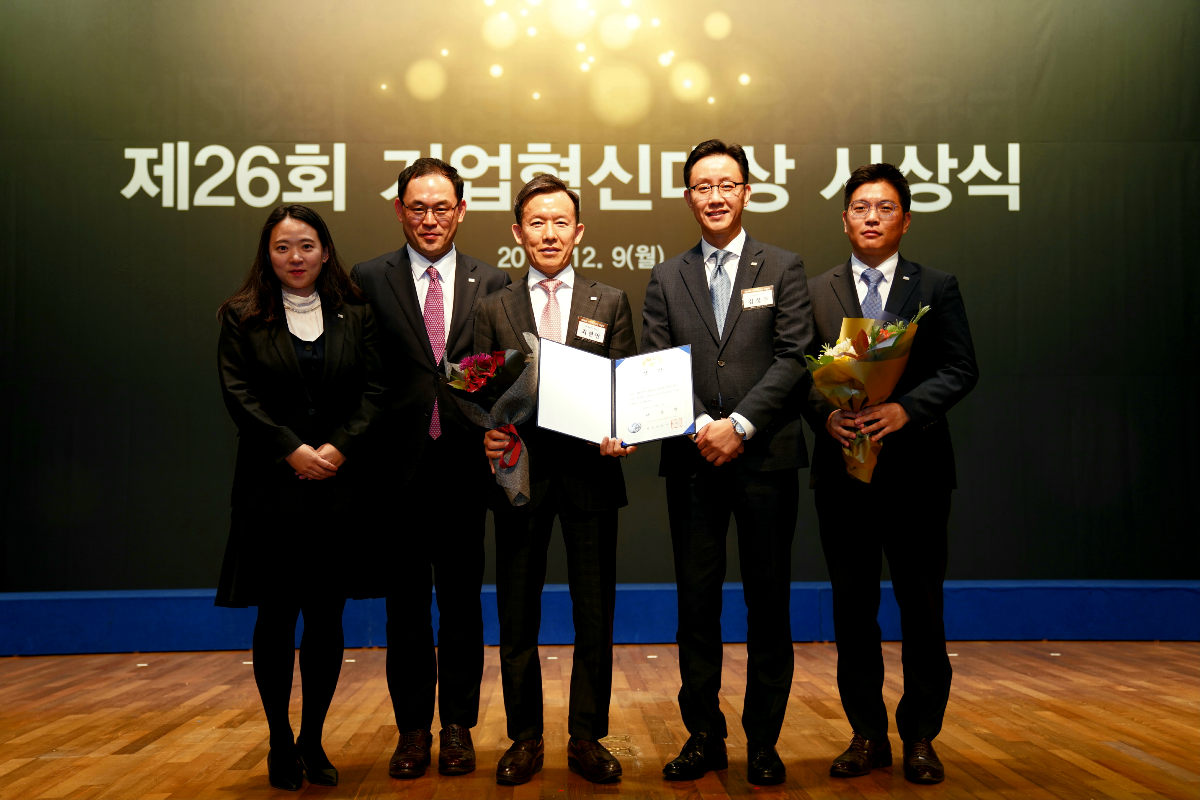 Mirae Asset Daewoo won the presidential award at the 26th Corporate Innovation Awards held at the Korea Chamber of Commerce and Industry in central Seoul on Nov. 9.

The event, hosted by the Ministry of Trade, Industry and Energy, the Korea Chamber of Commerce & Industry and other organizations, awards local firms for innovation.

According to Mirae Asset Daewoo, it has invested a total of 1.16 trillion won ($972 million) in small and medium-sized enterprises and startups. It has also created an investment fund along with Naver, Celltrion and others in search for innovative corporations in newly developing businesses.

Mirae Asset Daewoo said it working hard to expand the wealth of its clients through investment in SMEs and financial exports.