With ‘The Witcher,’ Netflix gets fantastical

With ‘The Witcher,’ Netflix gets fantastical 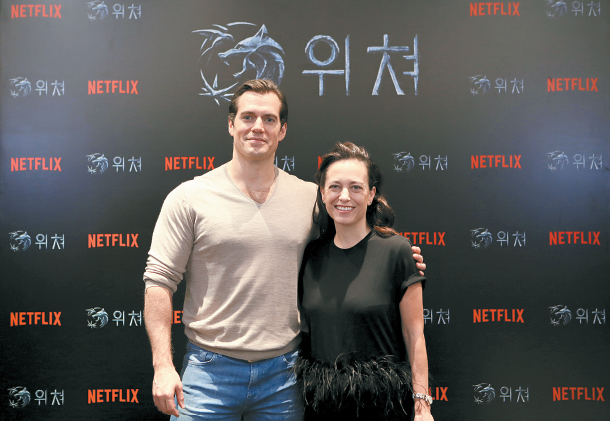 Netflix’s latest drama series, an adaptation of Andrzej Sapkowski’s “The Witcher” book series, is the streaming service’s opportunity to resonate with fans of fantasy and adventure all around the world.

The up-and-coming hero is Geralt of Rivia (played by Henry Cavill), a solitary monster hunter with superhuman abilities who lives in a world where humans, monsters and magic coexist.

Although the genre may seem far-fetched, showrunner Lauren Schmidt Hissrich revealed at a live press conference on Friday that viewers will be able to easily relate with the characters and their adventures.

“[The] misconception about fantasy is that [it] should be pure escapism,” said Hissrich. “I think fantasy allows us to be in a fantastical world dealing with monsters and magic, but with relatable characters. We’re hopefully creating characters that anyone in the world can try to step into their shoes and find what it’s like to be on the good side [and] the bad side.”

Although the original books are considered to be classics, its universe is currently best known worldwide through its video games.

For the screen adaptation, Hissrich said that they relied most on the books to tell the story.

“We wanted to separate ourselves from [the video games] into [finding] more realistic places whenever we could. So it basically started from the books, and we pushed it out to the real world to see if we could match it.”

Actor Henry Cavill, on the other hand, told the press that it was his “dream come true” to play the main character, Geralt, as he is a fan of the original book series.

“I have been a fantasy fan since I was a boy, and it’s the kind of thing I do in my free time. I read these kinds of books, [and] I play these kind of games,” Cavill said. “It’s the kind of job that every actor hopes for … The kind of job which when you get [it], you think, ‘Maybe I did make the right decision in becoming an actor after all.’”

When asked how the two felt about the show being compared to the other popular fantasy blockbusters like “Game of Thrones” or “Lord of the Rings,” Hissrich said that it was “nothing but flattering,” but she also felt that “The Witcher” stands on its own two feet.

“We hope this show is as beloved by audiences. We hope it’s as successful and gets to run for many years so audiences can keep being part of these stories with us,” said Hissrich.

Cavill, on the other hand, had a stronger stance when it came to the comparisons.

The drama becomes available on Netflix on Dec. 20.