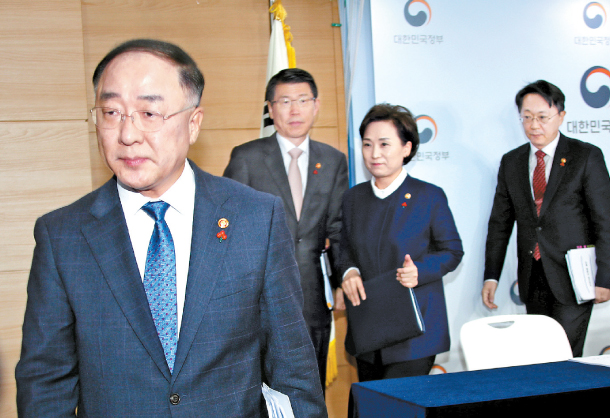 Regulations are being tightened on property as the market shows no sign of cooling despite a raft of measures from the Moon Jae-in administration.

The new measures include those related to tax, loans and maximum prices.

Only the capital gains tax was eased, on the hope that the lower rate will encourage owners of multiple properties to sell their surplus apartments.

On Monday, the government banned all mortgage loans for an apartment worth over 1.5 billion won ($1.3 million) in speculative and overheated areas.

This effectively means that anyone in Seoul with an apartment above the limit will be prevented from borrowing, as all Seoul is considered speculative.

The loan ban is effective today and affects all new borrowings.

While apartments valued under 900 million won in the speculative and overheated areas will still be subject to a 40 percent LTV ratio, and those valued above 900 million won will only be able to get a 20 percent loan. New LTV loan criteria will be applied from Dec. 23.

The government hopes the tougher conditions will discourage speculative investments.

The limit on tax increases will be raised to 300 percent of the previous year, from 200 percent, for those owning more than two apartments in designated areas.

On average only 70 percent of the market value has been reflected in the assessed value.

Until the end of June next year, the government will exempt from capital gains tax apartments sold in the designated areas if the apartments have been held for more than a decade.

“It is the government’s determined will to no longer allow unearned income,” Finance Minister Hong Nam-ki said, adding that that was always the goal of the administration.

The finance minister said apartments should not be used as an investment tool for unearned income but rather as residential space that offers relaxation and stability, which should be the basis for guaranteeing a good life.

“Although the various measures did not reach up to the level of our plan, if market anxiety does not resolve, the government will act fiercely against the phenomenon where market anxiety leads to various side effects and strips away the lower-income households’ hope [of owning their own apartment].”