It’s a zoo in there

It’s a zoo in there 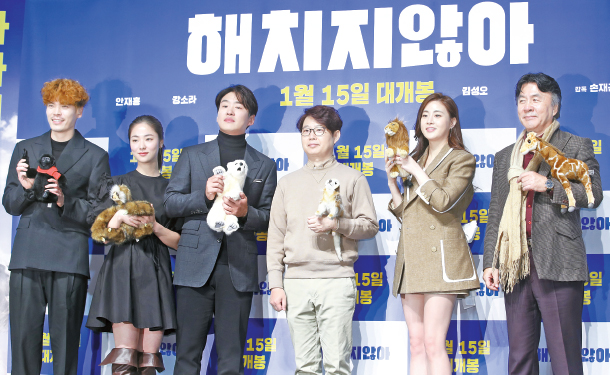 From left, actors Kim Sung-oh, Jeon Yeo-bin and Ahn Jae-hong; director Son Jae-gon; and actors Kang So-ra and Park Young-gyu pose for photos at a press conference for their upcoming film “Secret Zoo” at CGV Apgujeong, southern Seoul, on Wednesday. The film is set in an empty zoo where employees are tasked with keeping the zoo running by wearing animal suits and pretending to be animals. [NEWS1]