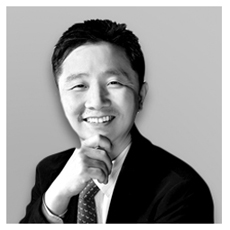 It feels like we’ve gone back to the days of President Roh Moon-hyun, who was in office from 2003 to 2008. Roh, whom President Moon Jae-in served as chief of staff, led a campaign against real estate prices in Gangnam in southern Seoul, a district famous for its exclusive homes. His government declared a war on speculators. It used all possible measures to crack down on profiteering. When home prices only shot up, it resorted to more tough measures. To complainers, it coolly told them to live elsewhere. As a result, Gangnam only gained more exclusivity.

Moon’s Dec. 16 measures to cool off the real estate market can hardly be called public policy. It’s like a war on individual families — lots of individual families. Anyone trying to buy a home with a value over 900 million won ($773,528) will find it difficult to borrow money from banks. They will be subject to punitive taxes. Prices on many apartments are capped. About 4 percent of Korean families live in residences valued over 900 million won. The government may be counting on winning votes from the other 96 percent. Anyone wanting to buy a home for over 1.5 billion won is outright banned from getting a mortgage. The government is acting as if it has the right to punish the rich. Politics — not policy — has taken control of the real estate market. The Moon government has outdone the Roh administration. And yet, the consequences will be no different.

There was a satirical comic after housing prices surged in 2004. A salaried man in his 30s had a good education and job. But his only inheritance was an apartment worth just a few thousands of won. He promised himself to be a chaebol (super rich) and wrote his will on the door. He sold off his modest flat and started a factory. He worked day and night. He was finally able to save 500 million won in 20 years. With 300 million won lent from banks, he bought a 660,000-square-meter apartment in Gangnam. His joy of owning a home was dashed upon finding the writing he wrote 20 years ago about wishing to become a “chaebol.”

Another man in his 30s born with a “silver spoon” inherited 500 million won in cash and five apartment units each worth 100 million won. He idled away 20 years, enjoying a life of luxury and booze. He used up his cash inheritance. But he had no worries because the five apartment units combined were worth 10 billion won. He could go on living a life of luxury.

When housing prices jump, it is not the rich who suffer, but ordinary people. Kim Seok-dong, who was financial services commission chief under Roh, argued that the best policy for the working class is housing. The government would fail its housing policy flops, he said. The liberal government was replaced by the conservatives after housing prices jumped 56 percent under Roh.

Moon and his aides who worked in Roh’s government did not learn from past failures. In fact, they repeated the same mistakes. Housing prices in Seoul soared 40 percent over the last two and a half years under Moon. A sane government would go back to the basics upon such pitiful results. It would revisit the diagnosis and change the treatment. But this government is not merely impotent. It is stubborn. It raises the dose of the drug. The patient may end up dying not because of the disease but from an overdose of the wrong drug. It is more or less fed with poison.

The president claimed he was confident in the stabilizing of the real estate market. Two years ago, he assured the public that there were many measures lined up for real estate. The government trotted out measures over 17 times. It tightened financial and trade regulations and raised taxes. After adding an outright ban on loans for expensive homes, the government warned it could come up with even tougher measures. At the end of the day, it may end up prohibiting home purchases in Gangnam. Roh vowed to rein in real estate prices no matter what it took. The market collapsed as a result. If policies are led by emotions, they are bound to flop. A reckless real estate policy points to one result — doom for the government.