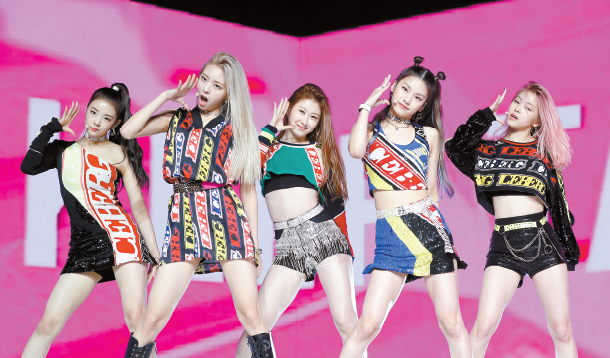 Girl group ITZY is nominated for both the Rookie of the Year award and in the digital song category at the 34th Golden Disc Awards. [NEWS1]

The annual Golden Disc Awards select nominees based on precise data from Gaon Chart, Korea’s largest album tracker, so the ceremony’s nominees often provide a good summary of the past year in the local music industry.

Here are some of the year’s top acts who were nominated in the digital song category. 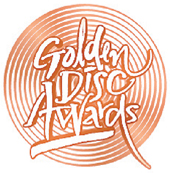 Competition in the digital song category this year is likely to be heated with acts such as Akdong Musician, Twice, Bolbbalgan4 and Paul Kim battling to take home the prize.

Akdong Musician, also known as AKMU, returned to the music scene after a two-year hiatus while Lee Chan-hyuk served his mandatory military service. He was officially discharged from the Marines in May, and the two got to working on music right away.

The sibling duo released a full-length album titled “Sailing” in September, and its title track “How Can I Love the Heartbreak, You’re the One I Love” received acclaim from critics and fans alike.

Twice, who is also nominated in the album category, is another potent candidate for the award.

The nine-member girl group started off with a bang, winning the Rookie of the Year award at the 2015 Golden Disc Awards. It then went on to sweep the Golden Disc Awards the following year and took home the Digital Song of the Year grand prize for their hit “Cheer Up.” Twice is one of a few girl groups that can sell physical albums and simultaneously dominate the online music charts.

Bolbbalgan4, also known as BOL4, performed well on local music charts throughout the year. The song “Bom” was a huge success in the first half of the year, while “Workaholic” was a hit in the second half of the year.

It was also a meaningful year for soloists Jang Beom-june, Paul Kim and Taeyeon, who each topped music charts with their nominated songs this year. The three soloists were active throughout the year, as they each recorded songs that were included on the soundtracks of successful television drama series. The musicians all had a hand in producing their soundtrack songs.

Jang sang a song for the JTBC drama series “Melo is My Nature,” while Kim and Taeyeon each sang songs for the tvN drama series “Hotel del Luna.”

Boys at the fore

The true powerhouses of the digital music realm this year were K-pop’s biggest boy bands, including the biggest stars of them all, BTS. The boys, who reached heights in 2019 never achieved by a Korean act before, made a global impact with their album “Map of the Soul: Persona” and subsequent world stadium tour.

With the song, the group went on to receive the MTV Video Music Award for Best K-pop and Best Group in August.

Although three out of its seven members are currently serving in the military, boy band BtoB’s song “Beautiful Pain” is also nominated along with YG Entertainment’s Winner with its hit song “Millions.”

Good as a whole and as a solo

This year’s nominee list is filled with releases from individual members of many groups, who found success as solo artists.

Girl group Blackpink is nominated for “Kill This Love,” while its member Jennie is also on the list with her solo song “Solo.”

Another girl group Mamamoo is a candidate in the digital song category with “Gogobebe.” Hwasa, one of Mamamoo’s members, also had a successful debut with her solo song “Twit” earlier this year.

Chen, a member of boy band Exo, also branched out and released a solo song titled “Beautiful Goodbye” this year. He has previously appeared on a number of soundtracks for popular drama series as a solo artist, but his EP that was released in April was his first solo album since his debut in 2011.

The SM Entertainment boy group is also competing for the award with their song “Love Shot.”

Suga, a member of BTS, secured a spot on the nomination list with “Song Request,” a song he made in collaboration with veteran singer Lee So-ra.

Of all the newcomers, ITZY has generated the most buzz. The five-member girl group debuted in February with “Dalla Dalla.” It was the first new girl group from JYP Entertainment since the debut of Twice in 2015.

ITZY is nominated for both the Rookie of the Year award and in the digital song category.

In indie music, rock band Jannabi stood tall with its lyrical songs such as “For Lovers Who Hesitate.”

Solo singer Chungha had a productive year as she cemented her status as a soloist who can sing and dance with her hits such as “Gotta Go” and “Snapping.”

Other musicians who made the digital music category include Ben, Yoon Min-soo and Song Ha-yea, who were recently accused of sajaegi, but all of them have denied accusations.

Sajaegi in the music industry it is the act of buying a large number of albums or manipulating music charts with fake IDs to stream or download songs to help acts rank high on the charts.