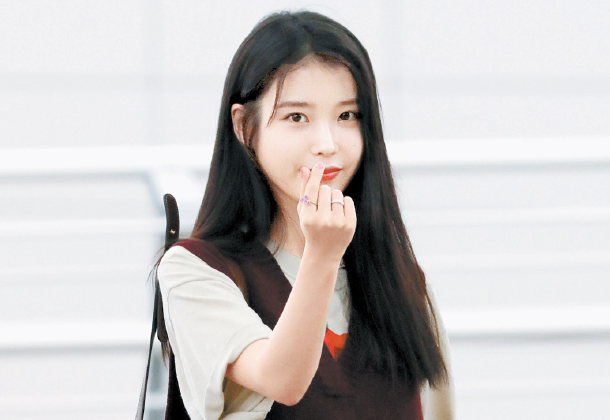 Kicking things off was singer IU, pictured, who donated 100 million won ($86,000) to ChildFund Korea on Monday to help children living with their grandparents. Earlier this year, the singer was featured on Forbes magazine’s list of top 30 donors in Asia.

IU’s fans followed with donations of their own and uploaded proof of their contributions on social media.

On Tuesday, rapper Sean donated 51.5 million won to the Seungil Hope Foundation after he completed the Tongin Triathlon.

He promised in October that he would donate 1,000 won for every meter he completed during the triathlon, and kept his promise by putting together 51.5 million won after swimming 1.5 kilometers, cycling 40 kilometers and running 10 kilometers.

The money will go to building a hospital dedicated to taking care of people with amyotrophic lateral sclerosis (ALS).

The singer is known to have donated around 440 million won over the last two years.

Singer Kang Daniel donated 30 million won to The Snail of Love, an organization dedicated to helping those with hearing problems, on Tuesday in the name of Danity — his fan club. His agency Konnect Entertainment also donated 31,000 sheets of briquettes for people to use to heat up their homes.

“Celebrities are putting their efforts together in the cold weather to warm people’s hearts,” an industry insider said.