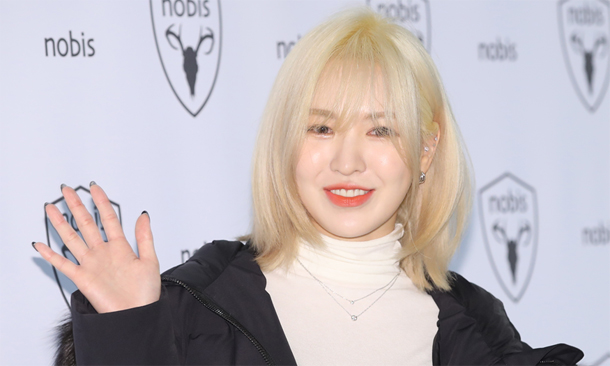 Wendy of girl group Red Velvet was hospitalized after she broke her hip and wrist during rehearsal for the 2019 SBS Gayo Daejeon, or the SBS Music Festival, on Wednesday.

In the afternoon, SM Entertainment said that Wendy fell off of the stage during a rehearsal for SBS's annual music event, which airs on Wednesday evening.

She was immediately transported to a nearby hospital and was diagnosed with an injury to her face, a broken hip and a broken wrist.

"She was given emergency treatment at the hospital and is currently waiting for more detailed test results," SM Entertainment said.

"We will be focusing on treating her injuries, as her health comes first."

According to SBS, only scenes that were previously recorded on stage will be aired and Red Velvet will not be taking part in the evening event.

"We wish Wendy of Red Velvet all the best to recover quickly, and we promise to take more care in safety measures in the future," the network said in a statement.