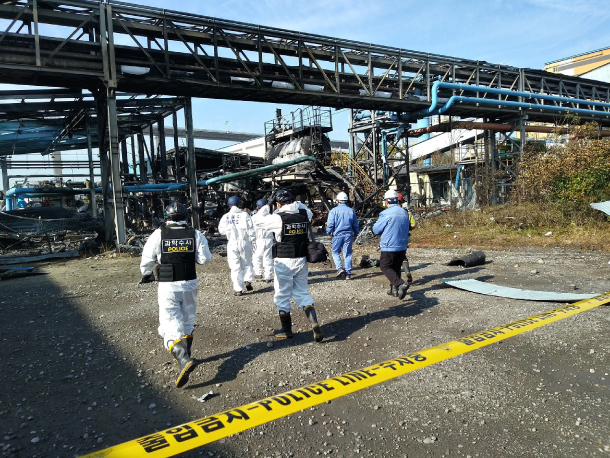 Police and firefighters, along with officials from the National Forensic Service and Ministry of Employment and Labor, inspect the scene of a major explosion at a Posco steel mill in Gwangyang, South Jeolla, on Wednesday. Two explosions occurred within five minutes of each other the previous day, the first at 1:14 p.m., injuring at least five employees. The fire was contained by 2 p.m. Metal debris was blasted to a road near the steel plant and some witnesses felt tremors on a nearby bridge. The joint inspection, which took over three hours, reviewed safety of operations and the cause of the blast. [YONHAP]