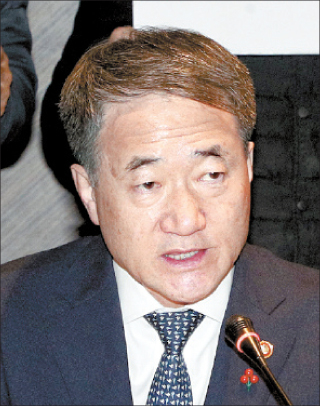 The announcement triggered an immediate response from industry.

Health Minister Park Neung-hoo, who presides over the institution’s fund management committee, proposed a set of rules for the implementation of the fund’s stewardship code.

Adopted by the NPS in July last year, the stewardship code is a set of principles governing the exercise of institutional investor voting rights and promoting sustainable and long-term corporate value creation through the exercise of those rights.

The minister detailed the circumstances in which the NPS will use its votes in meeting the standards outlined in the stewardship code.

It will look into whether companies make decisions in a transparent manner regarding dividend ratios and salaries for executives. The fund could also vote to implement the stewardship code in cases of misappropriation, breach of trust and embezzlement.

Another area of concern is environmental, social and governance factors. If an entity continues to score low in measures of relevant performance, the NPS will enter closed-door dialogue and follow through with stricter measures should nothing change.

Park said that the guidelines are intended to clarify the conditions where the NPS could take an action.

“The idea of the guidelines is to make it more predictable, so that the shareholder activity might not be arbitrarily determined and establish clear standards,” Park said during a meeting of the fund management committee in central Seoul.

Associations representing Korea’s corporations voiced concerns, saying that the guidelines could result in excessive intervention in management and operations.

“The businesses have expressed concerns about NPS’s move to step into the governance and management of companies,” said Bae Sang-geun, a director at the Federation of Korean Industries, a major business lobbying group.

“Before the NPS works on strengthening shareholder rights, its independence should be assured, since it is now controlled by the government,” he said in a statement.

The NPS has said that the fund management committee operates independently of any party or interest, but some in industry believe that its structure - with the health minister at the top - makes it impossible to ensure independence.