Is time running out?

Is time running out? 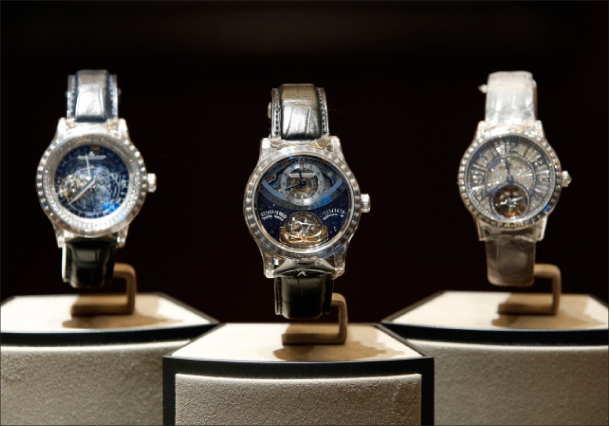 LEE DONG-HYUN
The author is the deputy head of the industry 1 team of the JoongAng Ilbo.

In 1969, Japanese watchmaker Seiko introduced the Astron wristwatch. It was an innovative model that changed the concept of a watch — it was the first quartz watch to use a quartz crystal electronic oscillator.

Unlike the mechanical watches that watchmakers took time to make by hand, quartz watches could be mass-produced at a cheaper price by almost anyone.

The fall of high-end Swiss watch brands with hundreds of years of history began. Until the mid-1980s, when mechanical watches emerged as “luxury goods,” the Swiss watch industry was in the dark ages. It was the so-called “quartz crisis.”

Watches using mobile communication towers and satellites have been introduced, but Swiss watches have survived. Movement companies have been absorbed by large companies, and the industry has been reorganized into a few giants like Swatch Group, Richemont and LVMH. While the need for watches’ original function of telling time is fading, its status as a luxury good has grown stronger.
On Dec. 19, Bloomberg published a report titled “Swiss Watch Shipments Approach 35-Year Low.” With a global economic downturn and the political turmoil in Hong Kong, Swiss watchmakers are expected have their worst year since 1984, at the end of the quartz crisis.

According to the Federation of the Swiss Watch Industry, watch exports went down by 13 percent from the previous year through November.

Exports to Hong Kong and China went down by 26.7 percent and 5.5 percent, respectively, and exports to Germany also decreased by 1.9 percent.

While exports to Singapore and Japan went up by 29.6 percent and 7.8 percent, respectively, the biggest blow was the decreased demand by Chinese people, the biggest buyers of high-end watches.

Thirty years after the quartz crisis, the Swiss watch industry is faced with another crisis.