KT chooses next leader but drops the chairman role

KT chooses next leader but drops the chairman role

Koo Hyun-mo, head of KT’s customer and media division, has been selected to lead the company, one of Korea’s largest telecommunications operators.

He will succeed KT Chairman and CEO Hwang Chang-gyu. 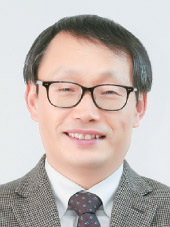 According to KT on Friday, the company’s board of directors named Koo as the company’s next CEO. His nomination will be finalized during the shareholder meeting scheduled for March next year.

In announcing the promotion, the board of directors said it was dropping the title of “chairman,” as it is not in line with KT’s image of being a company that serves the public interest.

The company added that the annual salary of the CEO will be lowered from the current level and decided by the board of directors.

Koo is a longtime KT employee, having worked at the telecommunication company for three decades.

He has a bachelor’s degree in industrial engineering from Seoul National University (SNU) and a master’s and doctorate from KAIST. He joined KT in 1987, the same year he graduated from SNU.

He started off as a researcher in the company’s economic management research center before moving up to the strategy and planning team in 2004.

Koo was instrumental in KT achieving a high market share in IPTV. KT has 31 percent of the market, compared with SK Broadband’s 14.3 percent and CJ HelloVision’s 12.6 percent.

But most importantly Koo served as the secretary to Chairman Hwang.

This was also one of his greatest liabilities, as he was one of the seven incumbent and former executives of KT, including Chairman Hwang, investigated for making illegal political contributions.

It was Koo’s Achilles’ heel but ended up not being enough to take him out of the running.

“We have concluded that Koo Hyun-mo is the optimal candidate as he not only is an expert and has insights into ICT but also has the ability to quickly respond to the rapidly changing environment, including the fourth industrial revolution, and has presented a clear vision and specific strategy that will help increase KT’s corporate value,” said Kim Jong-goo, the company’s board chairman.

The board chairman emphasized that the selection process was fair and transparent. Candidates were reported to have faced a grueling evaluation.

The board of directors conducted 12 hours of intense interviews.

It took another six hours for the directors to agree on the next CEO, as the final candidate needed approval by two-thirds of the directors.