The chaebol said it promoted younger executives and increased the number of female executives. It promoted a total of 58 employees strictly based on their performance. 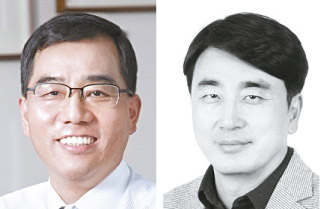 CJ named Kang Sin-ho, 58, as the CEO of CJ Cheiljedang. Kang, who has been the CEO of the company’s food business since last year, is seen as a major figure in the promotion of the Bibigo brand to the global scale. He is also said to have played a key role in promoting home meal replacement products in Korea.

Cha In-hyok, 53, has been appointed as the CEO and Chief Digital Officer at CJ OliveNetworks, which offers lifestyle-based IT services and runs the Olive Young health and beauty store franchise. Cha started working for CJ Group in September after having worked for SK Telecom. He will be tasked with new projects, including those related to information technologies, and set strategies based on digital transformation.

Among 19 new executives, four are women.

Yoon Do-son, 56, head of the supply chain management unit at CJ Logistics, has also been promoted as the senior executive vice president.

The promoted employees will start taking on their new roles on Jan. 1.

“2020, which is the year CJ will shift the management paradigm of the group, is an important period when we build fundamentals for revolution and secure capabilities to lead different businesses,” said a spokesperson for CJ in a statement. CJ conducted the personnel appointment strictly based on a performance-based principle.”