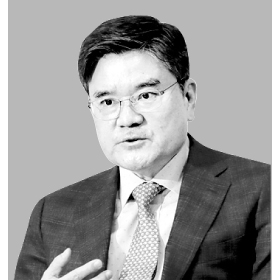 North Korea declared 2020 the “first year” of “the battle of a frontal breakthrough,” believing it faces as grave a challenge to its regime as in 1956 when founder Kim Il Sung grappled with internal rebels. That claim was made in a resolution from a Workers’ Party convention run in the official Rodong Sinmun last week instead of a New Year’s address from leader Kim Jong-un. The Central Committee of the party declared that the country faced “multiple harsh challenges” that must be overcome through “offensives for a frontal breakthrough.”

The declaration was not just meant for the United States — that it is abandoning negotiations for denuclearization in exchange for lifting sanctions — but more for internal propaganda to prepare the people for a lengthy period of hardship and isolation from the outside world. The regime was highlighting the third-generation dictatorship in a kind of celebration of “nomenklatura,” a privileged group as in the Soviet days.

Crisis has been the primary driver of the Kim family’s dynastic rule over North Korea. Max Weber found that charismatic leadership emerged during periods of crises, and once the crises became resolved, that leadership was replaced by a legitimate and rational power. His theory has been proven wrong in North Korea as the charismatic leadership has been extended through three generations. One way it survives was effectively creating one conflict after another — both internally and externally — over the past decades.

Kim’s battle of a frontal breakthrough borrows from the “Defensive March of Suffering” led by his father Kim Jong-il against the devastating famine in the late 1990s. But the son’s battle has evolved into an “Offensive March of self-reliance based on the confidence of nuclear deterrence.” The youngest Kim, who promised his people they wouldn’t go through another “belt-tightening” agony during his reign, warned of another “Arduous March” to “save the state dignity” against imperialism. 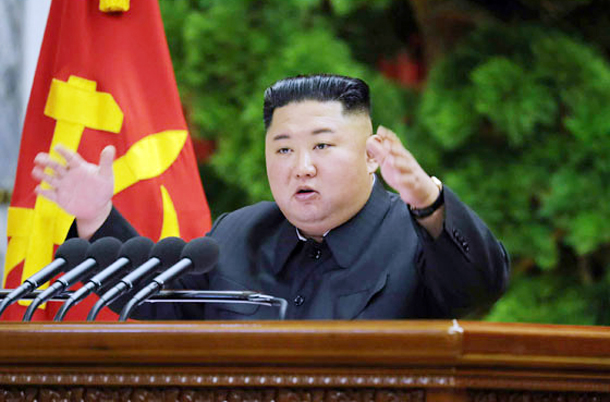 North Korean leader Kim Jong-un delivers a speech before convening a plenary meeting of the Workers’ Party in Pyongyang on Dec. 28, 2019. [RODONG SINMUN]

In his second summit with U.S. President Donald Trump in Hanoi, Vietnam, last year, Kim Jong-un showed that sanctions had hurt North Korea, giving U.S. officials confidence in the effect of sanctions. In the party convention, North Korea made it official that it would return to “self-reliance” and its own ways to find a breakthrough in the stalemate out of the conviction that Washington would not change its mind toward North Korea. It blamed the United States entirely for its push for nuclear development. North Korea found an excuse for its relentless development of nuclear weapons in the unceasing U.S. hostility toward North Korea. In an extension of such bellicosity, North Korea has described a showdown with the United States as a contest between North Korea’s self-reliance and U.S.-led sanctions.

Pyongyang has so far called for “incremental and simultaneous” actions in denuclearization and in a peace process. It reasons the process of connecting peace and denuclearization has been ruined because the United States insisted on its ways. It now demands a complete removal of sanctions and a guarantee of peace before it takes any denuclearization steps in a direct challenge to Washington’s call for denuclearization actions before any easing of sanctions. North Korea invited South Korean mediation when Trump threatened fire and fury against North Korea in 2017. But now, North Korea is confident that it has greater geopolitical influence over other regional powers and that time is on its side.

North Korea concluded in the party convention that the U.S. was out to sabotage the regime through sanctions, and vowed to deliver a “new strategic weapon” and act out a “shocking attack.” It listed nuclear deterrents to pressure the United States, but nevertheless kept the door open for negotiation by saying it would strengthen its “diplomatic” front.

There is a slim hope for a revival of the peace process if South Korea maneuvers well. The North Korean nuclear crisis stemming from its hostile relations with the United States is actually a byproduct of the 1950-53 Korean War. This year marks the 70th year since the outbreak of that war. We must reopen the door to dialogue for peace. We must seek a “new path” to remove the sources of crisis to achieve denuclearization and a meaningful shift from the charismatic leadership of the Kim dynasty to a rational leadership for North Korea.