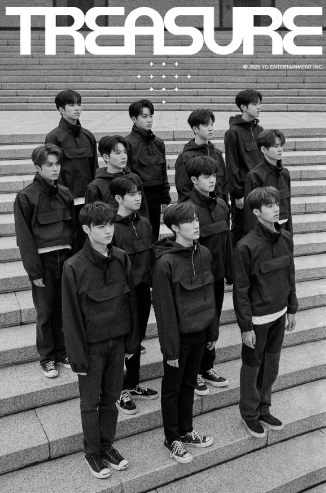 A 12-member boy band will soon to make its grand debut starting with promotional content this month, YG Entertainment said on Monday.

According to the agency, Treasure will debut with 12 members chosen from the audition program “YG Treasure Box” that aired in 2018.

They were scheduled to debut in the spring of last year, but it was called off due to the Burning Sun scandal surrounding Seungri - a former member of the agency’s boy band Big Bang - which put the whole agency into chaos.

Now, the group will debut as one team called Treasure, though it will be missing one of the show’s finalists.

“Unfortunately, Ha Yoon-bin parted ways with the agency on Dec. 31. He had a strong will to debut solo rather than with a group and consulted the agency. We have decided to respect his wishes and terminated our exclusive contract with him at the end of the year.”

The 12 members will begin their promotional activities this month and are preparing for a debut to come soon, although no official date has been set yet.

“Discarding our initial plan to exclude the members from writing songs, we will allow them to take active part in making their own songs for the group,” the agency said.

Treasure will be the agency’s first new group to come in three and a half years since girl group Blackpink debuted in 2016 and the first boy band to come in four years, since the debut of boy band iKON.