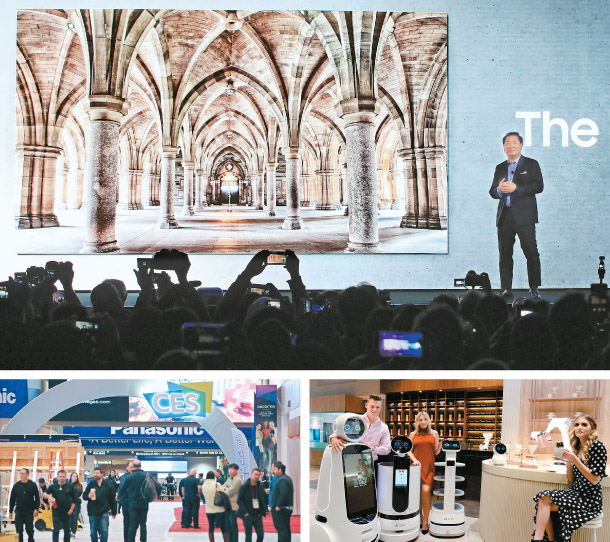 LAS VEGAS - Artificial intelligence (AI) and 5G connectivity are set to take a center stage at 2020 CES as Korea’s major tech companies vie to incorporate the latest technologies into their devices. 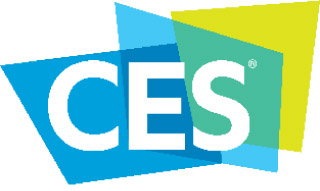 Samsung Electronics will introduce a new type of AI-backed robot, CEO Kim Hyun-suk said during a speech on Jan. 6.

The electronics company is packing AI into the wider range of products, including robots, TVs, refrigerators and other appliances to improve audio, video and smart capabilities.

Its Quantum Processor, powered by AI, is able to automatically improve all lower-definition content into 8K resolution in Samsung’s newest TVs. The company also leveraged deep learning to improve sound quality of the TVs. It developed a technique called Object Tracking Sound Plus to recognize a moving object in video content and deliver the sound accordingly.

The project is led by Pranav Mistry, who was named CEO of Samsung’s Bay Area-based Technology and Advanced Research Labs, though the company did not offer any idea about what Neon is actually intended to do.

“Since the lab runs separately from Samsung Electronics, we don’t have much to share about Neon,” the Samsung spokesperson said.

Samsung’s First Look event on Sunday featured new 88-inch and 150-inch MicroLED screens with almost no bezel on stage and quantum-dot light-emitting diode (QLED) TVs that can be turned 90 degrees.

MicoLED is the latest advancement in TV technology. Like organic light-emitting diode (OLED) panels, it does not require a separate backlight as it is composed of small LED chips that can emit light on their own.

Samsung first introduced a 146-inch MicroLED TV, The Wall, at the same event in 2018, and this year, it added more sizes options that vary from 75 inches to 150 inches.

“The Wall has become a standard in home entertainment, naturally blending in any environment,” said Samsung President of Visual Display Han Jong-hee. Held annually for the eighth time, Samsung’s First Look is a preview of the company’s main TV models that year.

Another popular item was The Sero, Samsung’s 43-inch QLED TV that rotates 90 degrees to stand vertically, a design that’s intended for users who want to play mobile games on a larger screen. The company released the product in Korea earlier last year, but this was the first time it was presenting it to a global audience.

“Last year, The Sero was only available for connection with Android phones, and yet we received positive reactions. Now the connection is possible for iPhones too, so we’re preparing for a global release,” Han told local reporters after the show, later adding that a global release will begin in some markets in the first half of the year.

Samsung’s QLED 8K TVs presented include those with narrow bezels that barely seem existent - a design the company calls “Infinity.” Its AI features were upgraded as well to offer a more sophisticated fill-in of pixels when watching lower-resolution films on the 8K screen.

“Last year we sold at least 5.4 million units of QLED 8K TVs - after that point I stopped counting. We expanded our lineup this year not to mention our competitors are doing so as well. It took three to four years for 4K to be mainstream - we’re going to push efforts to speed that process for 8K this year,” Han added.

LG Electronics envisions a lifestyle interwoven with AI-connected machines in its ThinQ “Anywhere is Home” booth.

LG showed off a fresh set of living technologies - from a 3-D avatar displaying how clothes might look and a door with a refrigerated delivery box where fresh produce ordered online can be stored.

Like Samsung, LG’s focus was TVs that comes with OLED displays and AI processors.

The main models to be featured include the 88- and 77-inch LG Signature OLED 8K TVs and advanced LG NanoCell TVs.

The OLED televisions are fitted with a range of special modes including filmmaker mode for movie watching and one that offers notifications of sports games.

SK Telecom will demonstrate how future mobility and media will develop in the 5G era. It will bring a 5G-backed video call service named Callar.