Jihyo apologizes for her language

Jihyo apologizes for her language 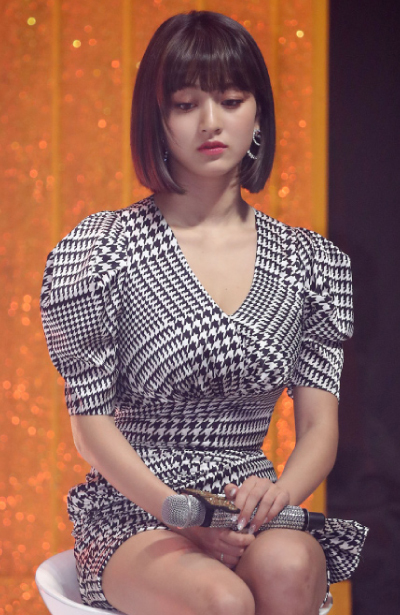 Jihyo, leader of girl group Twice, shared that she is struggling with her mental health and a “fear of facing people” on Tuesday, while apologizing for her use of aggressive language on Sunday towards fans.

Jihyo was chatting with fans through Naver’s V Live on Sunday, when she explained why she had been absent from the 2019 Mnet Asian Music Awards (MAMA) held last month in Japan.

“I was just sick. I’m sorry, you must have been so excited to have something to snipe with,” she said, using an online term used to belittle someone talking too much.

Members Sana, Nayeon and Momo uploaded hand-written letters to fans apologizing on behalf of Jihyo soon after the live streaming session was over.

“I am so sorry to Once [fan club], to think that they would have been hurt by the utterances made during the V Live app chat,” Jihyo wrote on the group’s official fan website on Tuesday.

According to the post, she has been suffering from the spread of rumors since last March, which peaked in August when she was found to have been dating singer Kang Daniel.

“I have grown a fear of facing people since then,” she wrote. “It was hard for me to say something in front of people, to go on stage.”

Jihyo had been frequently mocked by internet trolls, perhaps more than any other member of the group. After her dating revelation - which is considered taboo for many Korean celebrities - the torment got out of control, according to the singer.

“I didn’t do anything [against the malicious comments made about me] because they were about things that I did and because this is my job,” she said.

“I know this must be very confusing times for Once. I am so sorry about speaking like that.”

Twice’s fans were surprised earlier in the month when member Momo stated she was dating singer Kim Hee-chul.

While some fans have posted they would quit the official fan club, most fans maintain that the members are just people so they can date and sometimes react emotionally to hostility.