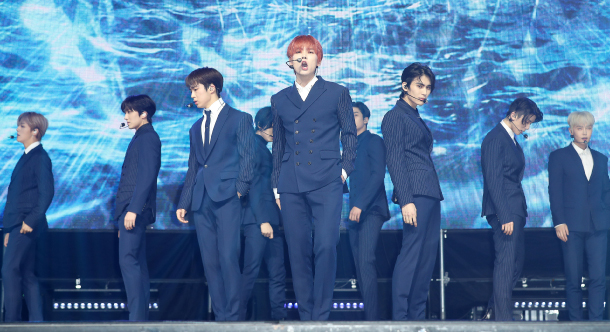 Boy band SF9 performs during the showcase for its first full-length album, titled “First Collection,” on Tuesday at the Blue Square iMarket Hall, central Seoul. This is the band’s first full-length release since its debut in 2016. The members participated in writing all 10 of the songs on the album in an effort to show off their talents. [NEWS1]