Ahn Jae-hong takes a step forward to lead a ‘Secret Zoo’: ‘Reply 1988’ star plays a young lawyer who does all that he can to succeed

Ahn Jae-hong takes a step forward to lead a ‘Secret Zoo’: ‘Reply 1988’ star plays a young lawyer who does all that he can to succeed 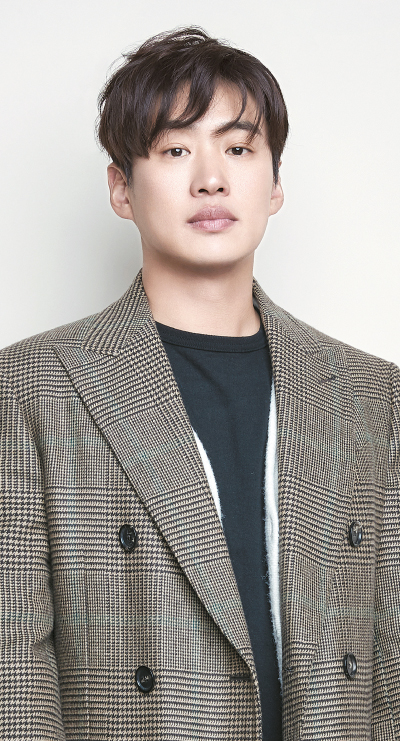 Ahn made his debut in 2009 in the short film “A Perfect Sight” and has been steadily appearing in film and television since. But it was his comical yet characteristic portrayal of the character Jung-bong that really struck a chord with viewers. Although he didn’t play a main character, fans of the show loved the character’s personality, and his way of eating food drew laughs whenever he appeared on screen.

The actor has also been praised for having an eye for playing roles that give moviegoers something to think about after the film credit roll, such as his characters in “Sunshine Boys” (2012),“The King of Jokgu” (2014) and “Microhabitat” (2018).

But the primary reason why the actor decided to go for the role of Tae-soo in “Secret Zoo” was not because of how much he would appear on screen, but because he was an avid fan of director Son Jae-gon.

“I was simply thrilled by the fact of receiving a script with director Son’s name on it,” said Ahn in a recent interview at a cafe in Samcheong-dong, central Seoul. “I love his past films “My Scary Girl” (2006) and “Villain and Widow” (2010), and I would always strongly recommend the films as must-sees to anyone that hasn’t. So I was just excited that I’d received his next script.”

After he read the script, Ahn was “mesmerized” by the character Tae-soo, a contract lawyer who is tasked with an almost-impossible mission from his boss to save a failing zoo called Dongsan Park. The only thing missing from the zoo are, of course, the animals. If he succeeds, Tae-soo will be promoted to becoming a permanent lawyer. So he comes up with the absurd idea to wear animal suits and pretend to be animals to attract visitors. 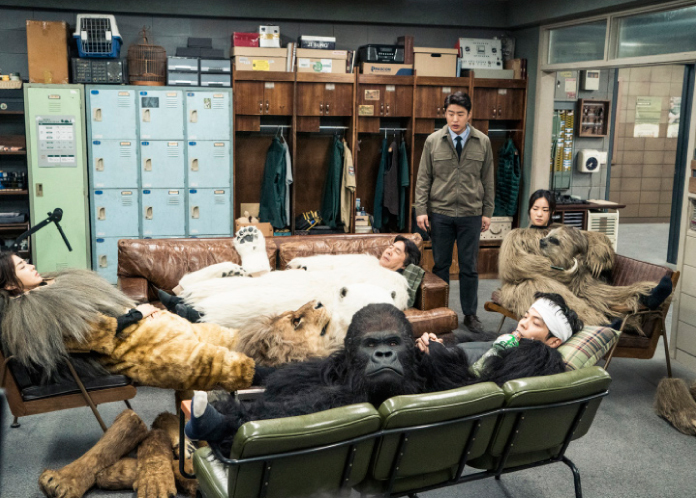 “What I first thought [after I read the script] was that I could do this well,” the actor said. “When I decide whether or not I should go for a role, I compare what characteristics of the character are similar [to mine], and what aren’t. I thought I would be able to portray the sense of edginess and desperateness in Tae-soo’s futile attempts that come from wanting so badly to become a lawyer. I didn’t feel this while reading the script, but [after watching the film] I also think that audiences will feel pity seeing Tae-soo’s willingness to try anything [to save the zoo].”

Ahn was also able to depict the character better through drawing from his own emotions.

“As I’d said before, Tae-soo and I are a lot alike,” he said. “Tae-soo was entrusted with a project that he must succeed in order to save Dongsan Park, while I was tasked with playing my first lead role in a film. I thought I could use this similar mindset to portray Tae-soo.”

His enthusiasm in playing his first lead role was also fueled through director Son.

“[Son] isn’t a very talkative type, but he is very humorous,” Ahn described. “Son has a very distinct sense of humor, which is similar to what I like, so I was more eager to portray Tae-soo well. As the director does in his former films, he draws laughs from the most ironic scenes, which is what makes the scenes so funny and lovely.”

While watching the film, audiences will also have a chance to mull over animal rights. Rather than putting forward a strong stance however, the director asks audiences to think about the concept of having animals caged for people’s entertainment.

The actor said that he felt mixed feelings while filming in different zoos, especially after his experience in seeing how animals live in Africa for tvN travel variety program “Youth Over Flowers” in 2016.

“We were filming in rotations at several zoos, and I came across one where there were dogs in a cage. I felt a lot of emotions seeing that. I remember camping in a safari in Africa for a few days, and it’s really, really huge - almost as big as [the] Gyeongsang province. There is a map, and it’s marked with designated areas where we could camp and explore, but there’s no cage nor fence, nothing to contain or prevent animals from roaming around freely. After that experience, seeing the dogs in a cage felt strange.”

Nevertheless, the central focus is on the people behind the animal suits, the actor says. One of the main scenes in the movie is when the visitors cheer for a polar bear drinking cola, when in reality it’s Tae-soo in a bear suit.

“I hope people can think of Tae-soo when they see the polar bear drinking Coke,” he said. “Although it’s not shown on screen, I hope that people can see through [the suit] and just feel what fun Tae-soo is having. When the visitors cheer, shout and laugh, I bet that it’s his first time to experience that kind of acclaim and joy from a large number of people.”

The actor also admitted that his comedic image that derived from playing Jung-bong had an effect on the roles that he has received ever since.

“Personally, instead of trying to show a different side of me through different roles, I want to express the characters’ emotions and their situations as best as I can,” said Ahn. “I just want people to see the character as being himself [instead of seeing me act]. In ‘Reply 1988,’ I wanted to be seen as Jung-bong, and in ‘Be Melodramatic’ I wanted to be viewed only as Beom-soo. Likewise, that’s what I did for Tae-soo.

“I wanted to focus on each character as best as I could, even if they are roles that people expected of me,” he said. “When I think about it now, I do admit that some of my characters have overlapped. But I believe that the audience [will] get a different impression of me in the thriller ‘Time to Hunt,’ which will be released next month.”

Ahn also gave his thoughts on what distinguishes “Secret Zoo” from the other two films related to animals - Robert Downey Jr.’s “Dolittle” and actor Lee Sung-min’s “Mr. Zoo: The Missing VIP” - being released this month.

“Our film is set in a zoo with no animals, which is a unique plot that makes people act as animals,” he said. “The cast worked on this film with pride because we’re putting out something into the world that hasn’t existed before. It will be a refreshing, warm and funny movie.”