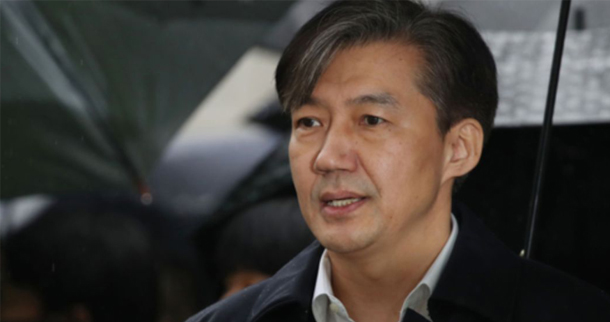 The Blue House sent an official letter to the National Human Rights Commission calling on it to consider a public petition that demanded a probe into an allegation that state prosecutors violated the rights of former Justice Minister Cho Kuk and his family during recent investigations into their alleged academic and financial corruption.

According to the Blue House Monday, Presidential Chief of Staff Noh Young-min sent the letter to the rights commission as a response to the online petition.

According to Kang Jeong-soo, presidential secretary for digital communication, a petitioner submitted a request to the Blue House’s website on Oct. 15, 2019, that an investigation must take place into the prosecution’s “indiscriminate infringements of human rights during its investigations into Cho and his family.”

The petition obtained 226,434 signatures within a month, enough for the Blue House to issue a formal response. After being inaugurated, President Moon Jae-in pledged that the Blue House would respond to any online petition posted on the official website that received more than 200,000 signatures.

While it usually provides such responses with a month, on Dec. 13 the Blue House said it will delay the reply by a month in order to consider the matter more carefully.

It is the first time that the Blue House has relayed a petition to the rights commission since President Moon took office in May 2017.

“The National Human Rights Commission replied to us that it can conduct an investigation, if its review of the petition shows there were possible rights abuses,” Kang said.

Cho, former senior secretary for civil affairs of the Blue House, was nominated as the minister of justice by President Moon on Aug. 9, 2019. Various accusations concerning his family members’ academic misconduct and financial corruption were raised, and the prosecution launched investigations by conducting simultaneous raids at dozens of locations on Aug. 27.

Amid the prosecution’s probes, Cho was named the minister of justice on Sept. 9, but stepped down 35 days later.

Chung Kyung-sim, Cho’s wife, was taken into state custody on Oct. 23 and indicted on Nov. 11 on 14 charges on top of a first charge filed in September. She was prosecuted mainly on charges of forging academic records for her children’s college and graduate school admissions, making investments using insider information and ordering the destruction of evidence.

Cho was indicted on Dec. 31 on a dozen different charges including bribery, graft and violating the ethics code of public servants.

Kang said the rights commission has received many requests for an investigation into the prosecution’s alleged rights abuses. From Jan. 1, 2014, till the end of October 2019, 938 petitions against the prosecution were submitted to the rights commission, Kang said. “Among them, the commission helped 40 petitioners to remedy the problems,” he said. “And among those 40 cases, the commission took necessary administrative actions such as issuing warnings to responsible officials in 31 cases.”