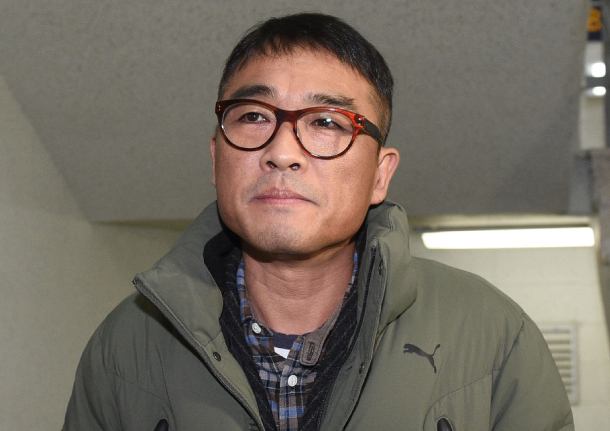 Singer Kim Gun-mo arrived at the Gangnam Police Precinct in southern Seoul for questioning on rape accusations on Wednesday morning.

At 10:22 a.m., Kim entered the police building through the basement parking lot and did not answer any questions from the press at the scene.

A GPS record of Kim’s car and other evidence was gathered on Jan. 8, and police are expected to question Kim regarding the information that they have.

On Dec. 6, Kim was accused of raping an anonymous hostess working at a bar in 2016, by lawyer Kang Yong-seok through his YouTube channel “Hover Lab.”

Kim stated that he “does not remember it at all” through his agency, but lawyer Kang submitted an official file to police on Dec. 10.

Police summoned the woman on Dec. 14 and questioned her for eight hours.

This is the first time for Kim to be summoned by police.

Kim himself reported the woman to police on Jan. 6 for defamation, saying, “We cannot overlook this current state where she is viciously derogating Kim’s 27-year career and spreading lies.”