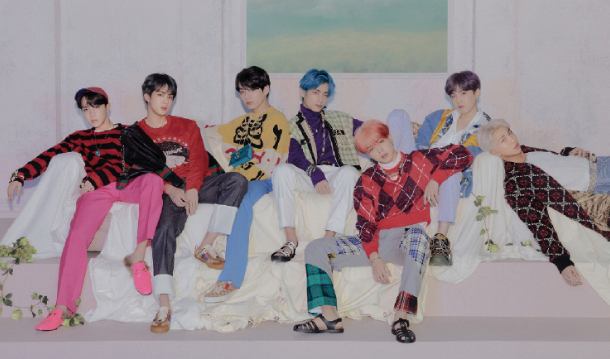 BTS’s upcoming album “Map of the Soul: 7,” set to be released on Feb. 21, has already sold over 3.42 million copies in its pre-sale, breaking a record previously set by the band, according to Big Hit Entertainment on Thursday.

Music company Dreamus told the agency that over 3.42 million copies of the album were pre-ordered from within and outside of Korea between Jan. 9 to 15, the largest pre-sale count for a BTS album. Pre-sale orders launched on several online retail platforms, including Amazon and Gmarket, on Jan. 9. On Amazon, the album was No. 1 in the CDs and Vinyl section from Jan. 9 until Thursday.

With this, BTS broke its own pre-sales record set with its previous album, “Map of the Soul: Persona,” which sold 2.68 million copies in its pre-sale.

The seven-member group surprised its fans earlier this week when it launched a multicity art project called “CONNECT, BTS,” teaming up with the world’s most influential curators and artists “who share BTS’s philosophy in the form of support for diversity and love and care for the periphery” to host free exhibitions around the world.

The K-pop sensation will be releasing the first single from the new album on Friday and with it an art film performed by Slovenian dance troupe MN Dance Company. The band’s official music video for its lead single will be released on Feb. 28.