Young defector dreams of being on the silver screen

Young defector dreams of being on the silver screen 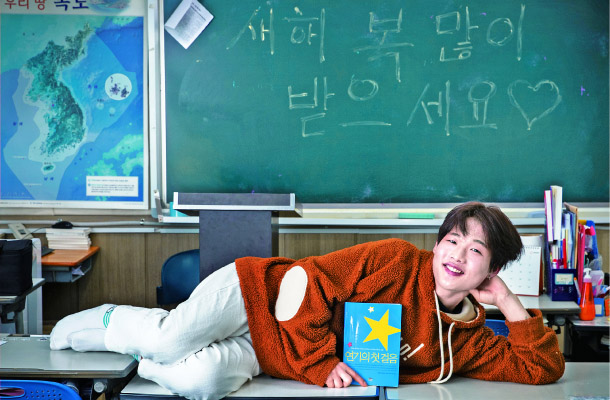 North Korean defector, Yoo Hyeok, 19, talks about his dream to be an actor during an interview with the JoongAng Ilbo at the Settlement Support Center for North Korean Refugees, more commonly known as Hanawon, in Anseong, Gyeonggi. [JANG JIN-YOUNG]

Yoo Hyeok is a young North Korean defector whose dream is to become an actor that brings a smile to his audience’s faces.

Nineteen-year-old Yoo, who defected from North Korea in 2013, recently graduated from Yeomyung School — which educates young defectors and children of defectors — in Seoul, and in March he’s set to begin the next chapter in his life and the take the first step toward reaching his dream when he begins taking classes at the Seoul Institute of the Arts in Ansan, Gyeonggi.

“To enroll at the Seoul Institute of the Arts’ School of Performance, I had to perform on many different stages. I felt happiness when people laughed and clapped at my acting,” said Yoo.

Yoo, who was born in 2000 in Kyongsong, North Hamgyong Province, has been the main provider for his family since he was just nine years old.

“Because my parents got divorced when I was very young, I never felt my mother’s maternal love,” Yoo said. “Since I had to take care of my elderly grandmother and alcoholic father, I had to pick mushrooms and even ran errands for soldiers to earn money. I was so hungry all the time. There was a time when I only drank water for eight days.”

When Yoo could no longer bear the hunger, he decided to leave North Korea. He was just 12 years old at the time. Yoo crossed the Tumen River that separates China and North Korea and headed for Thailand through China and Laos.

“During the time, I didn’t have anything to eat except a few rice balls and chocolate,” Yoo said. “One thing that frightened me more than the hunger was being caught by soldiers and being sent back to North Korea. I carried a dagger all the time so that I could kill myself in case I got caught by soldiers.”

In 2013, Yoo finally made it to South Korea. But his newfound freedom came with the responsibility of fending for himself and somehow making a living. He received elementary education at the Settlement Support Center for North Korean Refugees, more commonly known as Hanawon, in Anseong, Gyeonggi, and then enrolled in Yeomyung School to continue his studies.

According to Yoo, he didn’t like going to school at first. Instead of concentrating on studying when he enrolled in high school, he started to work part-time at a meat restaurant.

“While I was attending Yeomyung School, I always felt overburdened for no reason,” Yoo said. “I had many fights with my classmates as well. I think I was suffering from sorrow deep inside my heart.”

But school also provided solace for Yoo in the form of his teachers who warned him that he would end up very lonely unless he changed his ways.

“I could feel their true love for me. Since I’d never received love from my parents, their affection warmed my heart,” said Yoo.

Rap music and acting also helped Yoo to face the tough times in his life.

“Some rap songs have coarse lyrics, and I felt that I could relate to those lyrics,” Yoo said. “Writing rap lyrics really helped me to relieve my complicated emotions.”

He also says that he was able to be more empathetic toward others, something he previously struggled with, after he started writing lyrics.
“I feel happiness when I see people who are enjoying my acting,” Yoo added. “If I feel happiness about doing something, then that is the true happiness.”

When asked what advice he would give himself, Yoo said, “I feel thankful for myself that I could come this far. I’m sure that I will be able to overcome future obstacles as well. I believe in you. Thank you so much.”