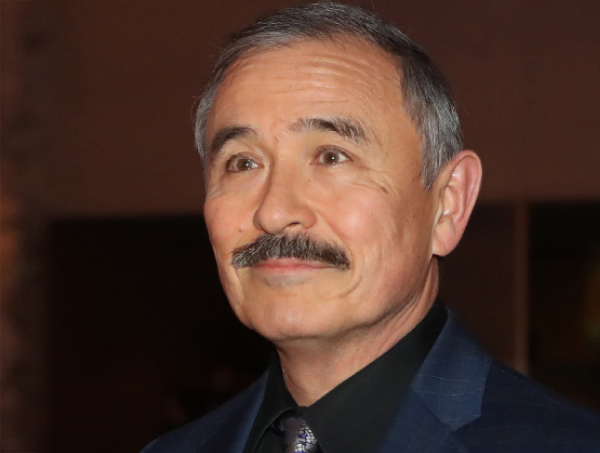 The rift between Seoul and Washington over North Korea was laid bare Friday after South Korea’s presidential office strongly objected to U.S. Ambassador Harry Harris’s remarks suggesting Seoul get permission from the United States on reopening individual tourism to the North.

According to Reuters, Harris told foreign correspondents in Seoul on Thursday that it would be better to run the option of allowing individual tours by South Koreans to North Korea - a plan raised by South Korean President Moon Jae-in in a New Year’s press conference on Tuesday - through a bilateral working group set up by South Korea and the United States in 2018 to iron out differences on North Korea policy, lest it cause a misunderstanding between the allies “that could trigger sanctions.”

A Blue House official Friday said that while South Korea was “always working in close cooperation with the United States,” the U.S. ambassador’s comments to the press about Moon’s remarks were “highly inappropriate.” Inter-Korean cooperation “is a matter to be decided by the [South Korean] government,” the official said.

Moon referred to individual tourism to North Korea publicly for the first time on Tuesday as one way Seoul could energize relations with Pyongyang while abiding by United Nations sanctions, which do not specifically ban tours to the communist country by individuals from UN member states. Improving inter-Korean ties was a priority for Seoul that could not wait for progress in denuclearization negotiations between North Korea and the United States, he said, implying South Korea could act on its own to help the deadlocked talks.

Harris said in his meeting with correspondents the “continued optimism” Moon showed in regards to North Korea policy was “encouraging,” as it “creates hope” about the situation. “But with regard to acting on that optimism, I have said that things should be done in consultation with the United States,” he added, according to Reuters.

It was also not clear whether Harris was referring to North or South Korea as the target of possible sanctions arising from a misunderstanding, but his remarks could imply that Seoul could be subject to a secondary boycott by the United States if it undertakes measures to reopen inter-Korean tours that are construed as a sanctions violation by Washington.

Specifically, Harris noted that items taken by South Korean tourists on individual tours to the North could go against sanctions, and that the UN Command - which overseas the demilitarized zone (DMZ) between the two Koreas - could intervene if tourists crossed the DMZ.

The ambassador added that “South Korea is a sovereign country and will do what it sees best for its national interest” and that the United States was not required to approve its decisions.

Such comments from a U.S. ambassador who has clashed with South Korea’s liberal government also provoked a defiant reaction from Seoul’s ruling Democratic Party (DP), whose spokesman on Friday said it was “very concerning” that Harris made comments that could “produce misunderstanding in the people and government of an allied and sovereign country.”

In a radio interview on Friday morning, DP Rep. Song Young-gil compared Harris’ attitude to that of a Japanese governor general of Korea, the top colonial administrator during Japan’s rule over Korea between 1910 to 1945.

“The ambassador’s somewhat excessive remarks were not befitting an ambassador’s position,” Song said. “It is not clear whether [the comments] reflect [Harris’s] individual opinion, or whether they were delivered on orders from the U.S. State Department.”

While attempting to avoid exposing further fault lines in its policy coordination with Washington, the South Korean government responded as a whole by making clear that reopening tourism to North Korea was an option it is realistically considering as a means to retake the initiative in inter-Korean relations.

In a regular press conference on Friday, Unification Ministry Spokesman Lee Sang-min said Seoul’s top inter-Korean office found it “unnecessary to comment on Ambassador Harris’s remarks” but stressed Seoul’s North Korea policy was within the bounds of its sovereignty and that the United States has at “various times and through various channels expressed it respects” that right.

Repeating comments made by the president on Tuesday, as well as by Blue House Chief of Staff Noh Young-min on a radio program on Thursday, that individual tours were not subject to current sanctions, Lee said there were matters to be pursued independently by Seoul separate from matters that should be discussed with Washington.

“The most important thing is whether the North Korean government will be willing to allow individual tourism by South Korean citizens,” the spokesman said.

Seoul’s top nuclear envoy, Lee Do-hoon, was in Washington throughout the week to discuss South Korea’s tourism push with the United States.

After meeting with U.S. Deputy Secretary of State and Special Representative for North Korea Stephen Biegun on Thursday, Lee Do-hoon told reporters that while it was “too early to talk” about what specific ideas were exchanged on the individual tourism question, the United States is “basically - and always has been - of the stance that it respects the decisions we make as a sovereign country.”

While individual tours themselves were not banned by sanctions, “petty issues like what items one can bring in [to the North] can be a problem,” the envoy added, saying discussions would continue between the allies on the issue.

Perhaps underpinning the Moon administration’s attachment to the individual tourism idea may be a rapidly approaching deadline - February - set by Pyongyang for South Korea to dismantle all its facilities at the Mount Kumgang tourism zone in North Korea.

A South Korean official on Thursday revealed for the first time that the North had demanded Seoul pull out of Mount Kumgang by February 2020 in a written notice from Pyongyang delivered through the inter-Korean liaison office in Kaesong last December.

Seoul kept the February deadline under wraps through the end of last year, when tensions flared between Washington and Pyongyang over the latter’s threats to end dialogue and begin nuclear and long-range missile tests anew.

South Korean officials have hinted before the North may move to a unilateral demolition of South Korean property if Seoul fails to comply with the demolition deadline, threatening to put an end to one of the two linchpins of inter-Korean economic cooperation, the other being the now shuttered Kaesong Industrial Complex.

For 10 years after 1998, nearly a million South Korean tourists visited the approximately 200-square-mile resort on Mount Kumgang. Yet the still-unexplained killing of a female South Korean tourist by a North Korean soldier in 2008 prompted Seoul to suspend the tours indefinitely, leaving idle the country’s nearly-trillion-won investment in infrastructure in the area.

After North Korean leader Kim Jong-un ordered all South Korean buildings at the resort removed, Seoul made various attempts to salvage its stake in Mount Kumgang by suggesting inter-Korean talks on the matter.