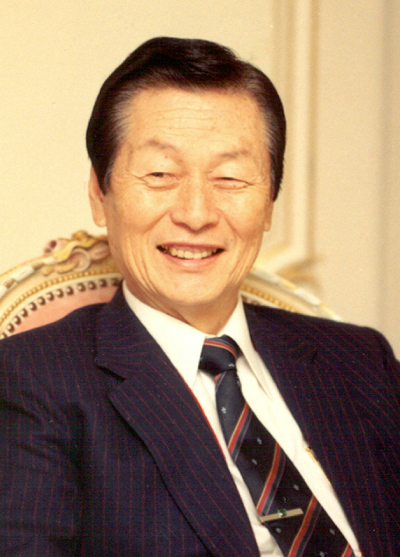 With his death, all the founders of Korea’s top five conglomerates - Samsung, Hyundai, LG, SK and Lotte - have died.

Shin was a titan of that first generation of entrepreneurs, who started a chewing gum company in Japan and made it into the fifth-largest conglomerate in Korea - helped by state support and rapid economic growth in Japan, Korea and other parts of Asia.

Lotte Group announced in a statement Sunday that Shin died at around 4:30 p.m. surrounded by family members while hospitalized for age-related illnesses in Asan Medical Center in southern Seoul.

Born in Ulsan in 1921 during Japan’s colonial rule of the Korean Peninsula, Shin moved to Japan in 1941, studied chemistry at Waseda University in 1942 and established Lotte as a chewing gum manufacturer in 1948.

Lotte made its debut in Shin’s homeland of Korea when he established Lotte Confectionery in 1967. He then started diversifying the business into other areas including construction, retail, petrochemicals, tourism, entertainment and hotels, which eventually made Lotte Group the fifth-largest Korean conglomerate.

The conglomerate’s acquisition of local petrochemical companies restructured due to the Asian financial crisis in the late 1990s and became the foundation for Lotte Group’s petrochemical business, which is now one of its major pillars.

He personally championed the building of the 123-story Lotte World Tower in Songpa District, southern Seoul, which became the tallest building in Korea when inaugurated in 2017.

Shin’s reputation as a Korean industrialist was partly damaged by the succession war that broke out between his two sons, Shin Dong-joo and Shin Dong-bin.

After the elder Shin started showing symptoms of dementia in 2013, the two brothers feuded over control of Lotte Group and its businesses divided between Korea and Japan. Dong-joo controlled Lotte Group’s operations in Japan while Dong-bin managed the stakes in Korea.

Dong-bin eventually won the war and became the next leader of Lotte Group, controlling its operations in both countries. Shortly after, the elder Shin was removed from all management positions and was named honorary chairman.

In 2017, Shin was at risk of spending his final days behind bars after being sentenced to four years in prison and fined 3.5 billion won for embezzlement and breach of trust, charges that traced back to revelations that occurred during the succession battle. But Shin was allowed to remain free due to declining health and old age.

Lotte Group said Shin’s mourning altar will be at Asan Medical Center until 6 a.m. Wednesday, with a ceremony held at 7 a.m. Wednesday inside the Lotte World Mall in Songpa District.

It is not known at this point how Shin’s stakes in Lotte Group affiliates and other assets will be divided among his family members. They are estimated to be worth more than 1 trillion won in total.