How Trump blew it

How Trump blew it 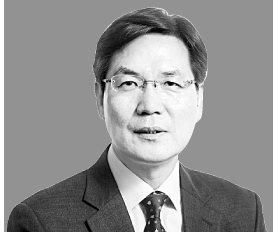 Kim Min-seok
The author is an editorial writer and senior member of the Military and Security Research Center at the JoongAng Ilbo.

U.S. President Donald Trump’s vanity has caused the failure of denuclearization in both Iran and North Korea. His unsuccessful polices allowed North Korea to arm itself with nuclear weapons and triggered unrest in the Middle East. In fact, the nuclear and missile programs of the two countries are very similar to each other. Even before he was elected president, Trump complained about the Joint Comprehensive Plan of Action (Jcpoa) signed between the United States and Iran during the Barack Obama administration, claiming the “horrible” deal was too weak to prevent Iran from developing nuclear arms.

In the midst of all the scathing criticism, North Korea kept firing ballistic missiles and successfully conducted its sixth nuclear experiment in November 2017. Tensions between Pyongyang and Washington soared to the point that Trump was on the verge of using military options against the regime. But South Korea’s Moon Jae-in administration stepped in and facilitated dialogue between the two countries in 2018, enabling them to enter denuclearization negotiations. That was the beginning of the greatest mistake that led to the current North Korea nuclear conundrum.

In May 2018, the United States and North Korea had one month left before their first-ever summit in Singapore on June 12. At the time, chances were high that Pyongyang would ask Washington for an agreement similar to the Jcpoa, which was a stop-gap deal. But the United States knew that if it allowed that, North Korea’s complete denuclearization would be out of reach.

Trump had to make a final call. On May 8, the United States walked out of the Jcpoa despite opposition from Britain, France, Russia and China. Trump must have thought he had no other choice, because only in that way could he get rid of North Korea’s nuclear weapons. His decision to withdraw from the Iran nuclear deal reflected his mantra that “no deal is better than a bad deal.” Chung Eun-sook, head of security strategy studies at the Sejong Institute, a local think tank, called Trump’s move a “warning” to North Korean leader Kim Jong-un ahead of their first summit and a show of his confidence.

The problems with the Jcpoa were the reduction of Iran’s uranium enrichment facilities, the so-called sunset clauses, and its ballistic missiles. Under the agreement, Iran had to reduce the number of its 19,000 centrifuges by two-thirds over a decade; it was permitted to enrich uranium up to only 3.67 percent uranium-235 — the typical level for fueling nuclear reactors — for 15 years. However, the sunset clauses allowed Iran to recommence nuclear development after 10 years. The fact that the deal made no mention of Iran’s ballistic missiles was another failing point. At a time when the United States had to urge North Korea to give up all its nuclear weapons, the Jcpoa was a bad reference point, which partly explains why Trump decided to walk away from it.

Before withdrawing from the nuclear deal, Trump imposed economic sanctions on Iran, crippling the Iranian economy. Iran’s GDP growth rate fell 3.7 percent in 2017 following the U.S. sanctions from 12.5 percent growth in 2016. The figure sank to minus 4.8 percent in 2018 and minus 9.5 percent in 2019. 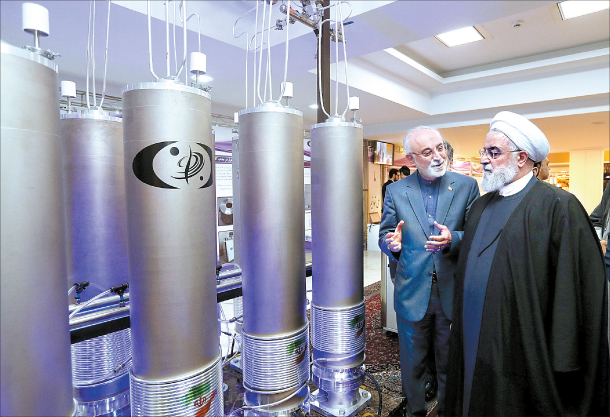 Shortly after the Trump administration withdrew from the deal, U.S. Secretary of State Mike Pompeo set forth 12 demands for Iran, demanding it report all its nuclear programs and permanently dismantle its nuclear weapons in a verifiable way; stop enrichment and never pursue plutonium reprocessing; provide the International Atomic Energy Agency with unlimited access to all sites throughout the entire country; and suspend the proliferation of ballistic missiles. Washington made similar demands to North Korea in the early phase of their first summit in Singapore, and pressured the regime to comply with the demands by deploying major U.S. aircraft carriers around the Korean Peninsula. Kim must have felt terrified.

Unfortunately, that was the end of Trump’s audacity. After his first face-to-face meeting with Kim in Singapore in 2018, Trump began to have second thoughts about North Korea and no longer pressured it to denuclearize. After spending the past 30 years slyly searching for ways to manipulate the United States, North Korea managed to fulfill its mission with the Trump administration in the first summit.

In the 18 months since, Pyongyang acted as if it were interested in denuclearization talks with Washington. At home, however, North Korea used every ounce of its energy to complete the last stages of its nuclear development programs. In that time span, it produced 60 nuclear warheads and improved its intercontinental ballistic missile (ICBM) and submarine-launched ballistic missile (SLBM) technologies, becoming a de-facto nuclear state.

Empowered by its new-found military might, North Korea grew more arrogant toward South Korea and ratcheted up its criticism of the Moon administration. During a plenary meeting of its ruling Workers’ Party late last year, North Korea refused to trade away its Yongbyon nuclear facility for an easing of international sanctions and declared a “frontal breakthrough” policy toward the United States. That was the moment when the Trump administration’s proposal for sanctions relief in return for the demolition of the Yongbyon facility and more collapsed. As Trump wasted time bragging about his negotiation skills, he has reached a point where he may lose both chances of denuclearizing Iran and North Korea.

After leaving the Jcpoa, Trump should have gone hard on North Korea. Had he successfully forced it into denuclearization, he could have approached Iran with the results and have them sign off as well. But at this point, that’s plain wishful thinking. Trump is now busy with the presidential election in November. His intelligence briefings on North Korea — which he received on a nearly daily basis at the beginning of his term — are now delivered with much less frequency. A look at his official schedule shows that he received five intelligence briefings in November and three in December last year.

Unless something miraculous happens between Washington and Pyongyang, hopes for a third summit will be slim. During a joint seminar in Seoul between the Brookings Institution and the Korea Research Institute for National Security in Seoul last Wednesday, Evans Revere, a senior fellow at the Brookings Institution and former deputy chief of mission and charge d’affaires of the U.S. Embassy in Seoul, said that within the next couple of weeks to months, the Trump administration will have to acknowledge the grave failure of its North Korea policy, adding that Washington has confused its allies and emboldened its enemies.

Moon, who undermined Trump’s denuclearization drive with his aggressive “peace” vision, cannot be free from accountability. Revere said there is a low chance that the United States would opt for a military option against North Korea, given the latter’s nuclear and missile capabilities. But the researcher warned that the United States will have to make major changes to its North Korea policy, including putting “massive" pressure on the regime through the resumption of combined military exercises between South Korea and the United States; additional deployment of U.S. strategic assets to South Korea; maritime interdiction; and cutting off supplies of foreign currencies.

The reason why more sanctions would work is because North Korea is running low on U.S. dollars. According to Zang Hyoung-soo, an economics and finance professor at Hanyang University in Seoul, the North’s foreign exchange reserves were suspected to be about $2.5 billion to $5.8 billion as of late 2018. Due to the ongoing sanctions, that amount is expected to shrink to $2 billion by the end of this year before hitting zero in 2021. Most North Korean laborers working in foreign countries were forced to return home late last year, and the United Nations is stepping up efforts to block the North’s money laundering and theft of digital currency.

The only way left for Pyongyang to earn foreign currency is through illicit trade with China. So the South Korean government’s job is to pressure China to make sure foreign cash does not flow into North Korea. In doing so, Seoul must highlight fears to China that North Korea’s nuclear weapons may lead to a nuclear domino effect in Northeast Asia or that the re-deployment of American tactical nuclear weapons to South Korea will not be good for Beijing. During last week’s seminar, Han Min-koo, South Korea’s former defense minister who now leads the Korea Research Institute for National Security, said that a nuclear domino effect in the region looks “inevitable.”

In such volatile circumstances, the Moon administration is desperate to resume inter-Korean projects like allowing individual trips by South Koreans to Mount Kumgang or organizing a reunion event for families separated by the 1950-53 Korean War. During his annual New Year’s press conference with local and foreign reporters on Jan. 14, Moon said that inter-Korean ties cannot wait for progress in talks between North Korea and the United States. On the following day, Seoul’s nuclear envoy Lee Do-hoon said he would discuss the Kumgang tour issue with Washington, even as the latter prepares to impose more sanctions on North Korea.

I can understand Seoul’s hope to improve ties with Pyongyang and convince it to surrender its nuclear weapons. But now, as Revere mentioned, it is the time to put massive pressure on North Korea and quickly solve the nuclear conundrum.