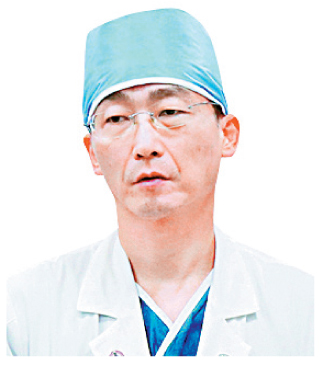 Dr. Lee Cook-jong, the celebrated trauma surgeon from Ajou University Hospital, said Monday he would resign from his post as head of the hospital’s trauma center in Suwon, Gyeonggi.

Last week, Lee revealed that he has had conflicts with the hospital over its attitude toward his trauma center and its patients.

In response to Dr. Lee’s claims, Ajou University Hospital insists it is trying its best to accept the trauma center’s patients.

“There is no way that I can lead the trauma center any longer as the hospital and its director oppose it,” Lee said during an interview with the JoongAng Ilbo on Monday. “The hospital has been saying that it is doing its best to cooperate with us, but that’s a lie.”

Lee also objected to the hospital saying that it receives complaints about the noise from air ambulances, medically outfitted helicopters that ferry emergency patients to hospitals.

“The hospital has been making excuses regarding the air ambulances,” Lee added. “In fact, residents’ complaints were not that serious.”

“The hospital is uncooperative to the trauma center, while the Ministry of Health and Welfare has been doing nothing to help,” Lee said. “I don’t know what to do. I can’t do this anymore.”

Lee added that he feels sorry for all doctors and nurses working with him at the trauma center.

“As our anesthesiology department and air ambulances have suffered from lack of human resources, I requested the hospital to increase the number of nurses,” Lee said. “However, they refused.”

When Lee was asked about his future plan, he said, he would like to look for another job or remain as a professor.

“I’d like to resign from all posts,” Lee added. “I can’t do this anymore. I’m miserable now.”

Lee became a national hero for saving the life of Seok Hye-gyun, the captain of the freighter Samho Jewelry, who was shot by Somalian pirates during a rescue mission. He also saved Oh Chong-song, the North Korean who was riddled with bullets while defecting via the demilitarized zone in 2017.