Is a crisis looming?

Is a crisis looming? 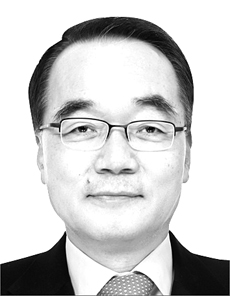 Bahk Jae-wan
The author is a professor at Sunkyunkwan University and president of the Hansun Foundation.

The Korean economy managed to expand by a mere 2.0 percent in 2019, but prospects for 2020 are not that bright. It is expected to do better than last year’s performance which was the weakest in a decade following the aftermath of a global financial crisis, but it won’t be a meaningful rebound.

Private consumption power remains weak due to stagnation in disposable income amid a slump in the job market and increased debt obligation. Corporate sentiment is laggard despite increased facility investment from years of contraction. Construction investment also cannot be expected due to harsh real estate regulations. A recovery from exports that fell by double digits last year hinges on revival in semiconductor demand and oil prices.

The economy is likely primarily led by deficit-financed public spending from record-sized budgetary expansion like last year. The contribution to the GDP growth from government spending tripled the private spending in the third quarter of last year. The increase in budget size more than doubles the growth in real GDP. Because the government expedites spending in the first half, it has sought a supplementary budget every year. The income-led growth under the Moon Jae-in government should really be called public finance-led growth.

The Korean economy, reliant on external demand, inevitably falls under international influence. But the cycle is bound to end. The economy undergoes ups and downs and bottoms out at some point. But the Korean economy’s troubles are more owed to structural factors — the thinning working population, stagnation in human capabilities, weakening competitiveness in manufacturing, underdeveloped services sector, the rigid dual labor market structure and lax social discipline.

If they are addressed through persistent structural reforms, the economy could perform beyond its growth potential. French President Emmanuel Macron has vowed to see through an overhaul of France’s Byzantine pension scheme even if he has to surrender most of his prerogatives after stepping out of office.

There is little sign of such reform drive in Korea. Policymakers are the primary stumbling blocks to reform as they are more engrossed with votes ahead of the April general elections. They have outlawed a ride-sharing service in fear of losing votes from taxi drivers. New industries cannot pick up due to stalled efforts to fix the outdated systems, customs and regulations of the fast industrialization age.

In fact, the country has backtracked due to an obsession with extending the ruling power. The public sector has become outsized through reckless increase in public-sector jobs and forced conversion of irregular positions to permanent jobs and exemptions of feasibility studies on big-budgeted pork-barrel projects. Education policy has become a victim to cover up for the favoritisms scandal involving the children of former Justice Minister Cho Kuk. We may never see a smart whiz from a poor family educated at a foreign-language school get the top scores on a college entry exam when special-purpose and curriculum private schools are shuttered.

Too many public policies lack details and realism despite their good intentions. Hypocritical idealism has produced policies that are out of touch with reality. The steep increase in minimum wage, uniform enforcement of the 52-hour workweek rule, changes to part-time lecturers in universities and a cap on prices in new apartment offerings are some of the examples. With such poor understanding of statecraft, structural reform is hardly thinkable.

Stephen Roach, a professor at Yale University and the former chairman of Morgan Stanley Asia, warns of a looming crisis in 2020, pointing to imbalances in the real estate economy, financial asset prices and misguided monetary policy. He prophesied that the three Ps — protectionism, populism and political dysfunction — could deliver a shock to the highly vulnerable systems.

The three Ps have already swept up Korea. Populist platforms feeding self-serving parties and political wrangling that have replaced politics of cooperation through the art of tolerance and restraint have worsened the imbalances in the economy.

The shocks could deal a bigger crisis to the fundamentals, because unlike the aftermath of the 1997 financial crisis, Korea’s potentials today are very weak.