Yubin, Hyerim no longer with JYP

Yubin, Hyerim no longer with JYP 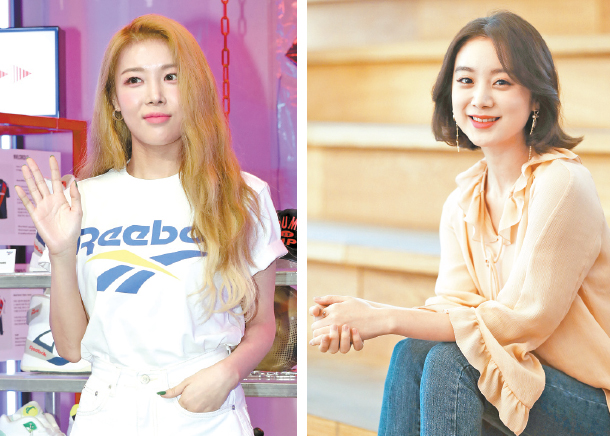 Yubin, left, and Hyerim of Wonder Girls left JYP Entertainment on Jan. 25 after their contracts expired, meaning that all of the members of Wonder Girls have left the agency.

“Our exclusive contract with Yubin and Hyerim ended on Jan. 25,” JYP Entertainment said on Tuesday.

Yubin joined the agency in 2007 and Hyerim joined in 2010. Yubin took the place of HyunA, a former rapper in the group, after she left in 2007. Hyerim took the place of Sunmi, who left the band in 2010 but returned later.

Yubin renewed her contract twice - in 2014 and 2017 - and has been pursuing her career as one of the agency’s biggest stars for 13 years.

Hyerim also renewed her contract in 2017, developing her career in various fields of entertainment. The two had remained in the company after the Wonder Girls officially disbanded in 2017.

“When Wonder Girls first challenged the American music market, K-pop was a genre unfamiliar to overseas listeners,” the agency said.

“With ‘Nobody,’ Wonder Girls rewrote the history of K-pop, becoming the first-ever song to chart on the Billboard Hot 100. They will forever be remembered for having pioneered the K-pop market and paving the way for a younger generation of artists.”

Member Sunye left the band after getting married, and Sohee left to pursue an acting career, both in 2015. Sunmi and Yeeun left in 2017.