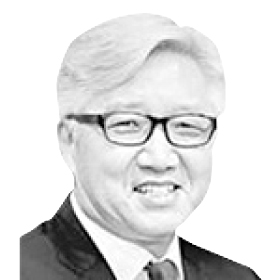 As I listened to his words, I was reminded of a high-level official who came to the prosecutors’ office for debriefing or inspection. Doesn’t he remind you of a young inspector who visited Saheonbu or Hyeongjo and gave a lecture? I am talking about former Blue House Chief of Staff Im Jong-seok, who was summoned by the prosecutors.

He voluntarily stood before photographers at the prosecutors’ office. The political big shot from the Moon Jae-in administration came with his supporters, including an incumbent lawmaker.

His words were full of admonition and disdain for Prosecutor General Yoon Seok-yeol, who made him a criminal suspect. He said he hoped the prosecutors would be more upright, and they should ruminate why people’s trust in the prosecutors was disappearing.

He did not seem contrite, as someone who served as a high-level official but has now been brought low. It may have been too much to expect shame. Why are influential people in the Moon Jae-in administration all like this? Does it hurt to say “Regardless of the cause, I regret to cause trouble to the people?”

South Gyeongsang Governor Kim Kyung-soo, who was involved in the so-called Druking case, overlapped. When Governor Kim appeared at the special prosecutor’s office, his supporters waved yellow pinwheels, and it seemed as if he was campaigning for an election. He did not show regrets. Instead, he admitted that he tried to cover up by saying he was wrongfully accused and the truth would be revealed in the end. The investigation touched the Achilles’ heel of the government, and Kim was pronounced guilty in his first trial. The appeals court mentioned the conviction and postponed a ruling to after the general election. I was reminded of Elton John’s lyric, “Sorry seems to be the hardest word.” 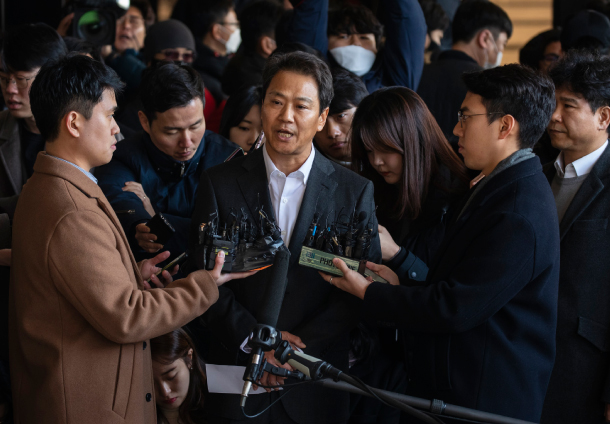 Actor Kim Eung-soo’s saying came to mind, “Forcing others to do things you don’t want and coercing your value and thought is an old boomer.” He is enjoying belated popularity with the role of Gwak Cheol-yong in the movie “Tazza,” and he said that when he looked around him carefully, not just old teachers and bosses were boomers but there were young boomers as well. The same goes for politicians who are enraptured with power and pose as boomers.

The Ulsan case is not planned by the prosecutors as Im claims. It is arrogance to underestimate the public and expect them to ignore facts of a case. Im argues that Prosecutor General Yoon suddenly brought a case that languished in the Ulsan Prosecutors’ Office for a year and eight months to the Seoul Central Prosecutors’ Office in November 2019, but that is not true.

The beginning was the police’s clumsy media play after unreasonably starting an investigation three months before the election for Ulsan mayor last year. And in early November 2019, the National Police Agency sent an official letter to the Prosecutors’ Office that the investigation was inspired by intelligence from the Blue House. The tactic to pressure the prosecutors over the modification of investigation authority ended up haunting the administration.

In this administration, hundreds of civil servants were investigated for power abuse and negligence charges and judicial actions were taken, so how could it be ignored? The charges against the 13 people indicted by Yoon’s investigation team shows that the Blue House was an election camp for Ulsan Mayor Song Cheol-ho and the secretaries for civil affairs and political affairs served as campaign aides. It is an embarrassing exposure of the highest power when it should be a symbol and model of legalism. Perhaps, the people in the Blue House would want to say it is fake news. A public servant with common sense would mention moral accountability as members of the organization he had headed became a subject of social controversy.

The public is showing a heated response to former Professor Chin Jung-kwon, who is confronting the boomers of the administration after the Cho Kuk case, even more evidence that the illusion of the candlelight vigil spirit is dying. Just as he said, “Don’t agitate the public with media play,” people are getting queasy with pretentious speeches.

Should I interpret the justice minister who called the intervention of an old police chief and chief justice unfair and spoke of “unyielding sincerity” as a novice judge over a warrant on a political prisoner turning into a boomer a property of time or political move?

People have experienced many promising politicians getting into trouble because of past slips of the tongue. Im’s remark that day may trouble him in the future. I am watching to see if he keeps the same position after the prosecutors indict him and a trial begins.

They say, “If you don’t want to be a boomer, keep your mouth shut and open your wallet,” and another awkwardness that boomers feel is that other people’s wallets are being opened.