The power of a quarantine

The power of a quarantine 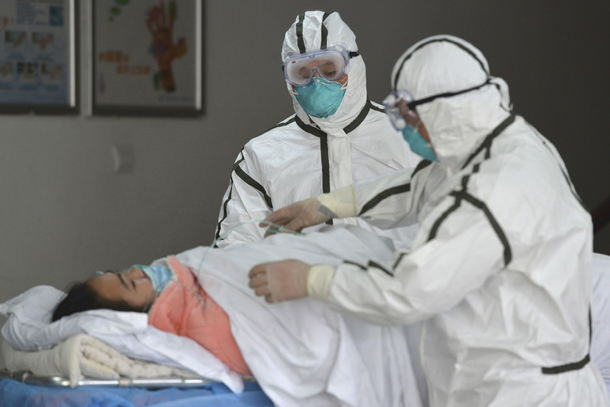 HA HYEON-OK
The author is the head of the welfare administration team of the JoongAng Ilbo.

After being baptized, Jesus struggles with Satan’s temptation for 40 days and nights in the desert.

Quadragesima Sunday celebrates repelling the temptation. The word for the number 40 in many Western languages is derived from Quadragesima or quadraginta, such as quarantine in Italian and quarante in French.

This is also the origin of “quarantine.” The word refers to a process of inspecting, restricting and isolating people and goods at a port or airport to prevent the spread of disease or pests. It also means “forty days.”

In the 14th century, the Black Death killed 30 percent of the Europe’s population, about 40 to 60 million, and Italy took action to isolate risks to prevent the epidemic. Ships that were from areas where the outbreak had spread or were at risk had to wait for 40 days at the port until passengers and goods could disembark. In the time when religion ruled everything in life, Black Death was considered Satan and 40 days were required to drive it off.

According to the first quarantine law enforced in the state of Ragusa, in modern day Croatia, visitors from the areas with the Black Death could enter the city after a one-month isolation. In 1423, Europe’s first quarantine office was established in Venice.

The Coronavirus epidemic originating from Wuhan, Hubei Province, China, is spreading across China and the world, and the importance of quarantine is growing as the first line of defense.

However, a shortage of manpower and outdated quarantine laws that haven’t changed for 66 years have resulted in loopholes, failing to screen entries from other regions in China or a third country.

With 15 confirmed patients in Korea, anxiety is growing, and on Feb. 2, the government announced a ban on entries of foreigners who have visited Hubei Province within the past two weeks beginning Feb. 4. Korean nationals who visited Hubei Province are to be self-isolated for 14 days. The world are faced with a crisis as the epidemic strikes.