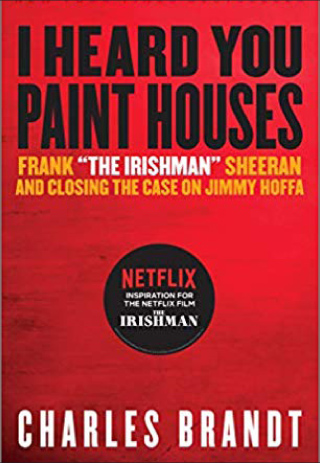 I Heard You Paint Houses: Frank “The Irishman” Sheeran & Closing the Case on Jimmy Hoffa

“I heard you paint houses” are the first words Jimmy Hoffa ever spoke to Frank “the Irishman” Sheeran. To paint a house is to kill a man. The paint is the blood that splatters on the walls and floors. In the course of nearly five years of recorded interviews, Frank Sheeran confessed to Charles Brandt that he handled more than 25 hits for the mob, for his friend Hoffa.

Sheeran learned to kill in the U.S. Army, where he saw an astonishing 411 days of active combat duty in Italy during World War II. After returning home he became a hustler and hit man, working for legendary crime boss Russell Bufalino. Eventually Sheeran would rise to a position of such prominence that the U.S. government would name him as one of only two non-Italians in conspiracy with the commission of La Cosa Nostra, alongside the likes of Anthony “Tony Pro” Provenzano and Anthony “Fat Tony” Salerno.

When Bufalino ordered Sheeran to kill Hoffa, the Irishman did the deed, knowing that if he had refused he would have been killed himself. 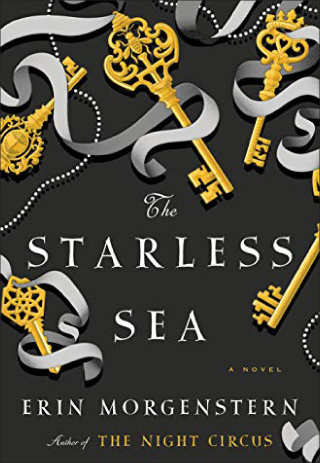 From the New York Times best-selling author of “The Night Circus,” a timeless love story set in a secret underground world - a place of pirates, painters, lovers, liars and ships that sail upon a starless sea.

Zachary Ezra Rawlins is a graduate student in Vermont when he discovers a mysterious book hidden in the stacks. As he turns the pages, entranced by tales of lovelorn prisoners, key collectors and nameless acolytes, he reads something strange: a story from his own childhood. Bewildered by this inexplicable book and desperate to make sense of how his own life came to be recorded, Zachary uncovers a series of clues - a bee, a key and a sword - that lead him to a masquerade party in New York, to a secret club and through a doorway to an ancient library hidden far below the surface of the earth.

What Zachary finds in this curious place is more than just a buried home for books and their guardians - it is a place of lost cities and seas, lovers who pass notes under doors and across time and of stories whispered by the dead. Zachary learns of those who have sacrificed much to protect this realm, relinquishing their sight and their tongues to preserve this archive, and also of those who are intent on its destruction.

Together with Mirabel, a fierce, pink-haired protector of the place, and Dorian, a handsome, barefoot man with shifting alliances, Zachary travels the twisting tunnels, darkened stairwells, crowded ballrooms and sweetly soaked shores of this magical world, discovering his purpose - in both the mysterious book and in his own life. 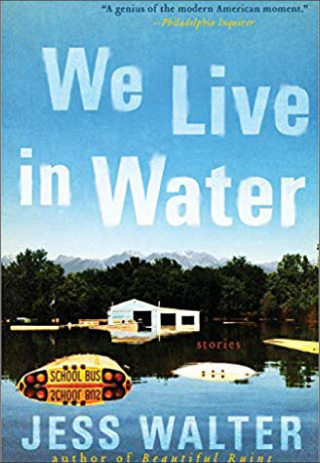 We Live in Water: Stories

From the New York Times best-selling author of “Beautiful Ruins,” the first collection of short fiction from Jess Walter - a suite of diverse and searching stories about personal struggle and diminished dreams, all of them marked by the wry wit, keen eye and generosity of spirit that has made him a bookseller and reader favorite.

These 12 stories - published over the last five years in Harper’s, The Best American Short Stories, McSweeney’s, Playboy, and other publications - veer from comic tales of love to social satire to suspenseful crime fiction, from hip Portland to once-hip Seattle to never-hip Spokane, from a condemned casino in Las Vegas to a bottomless lake in the dark woods of Idaho.

This is a world of lost fathers and redemptive con men, of meth tweakers on desperate odysseys and men committing suicide by fishing. 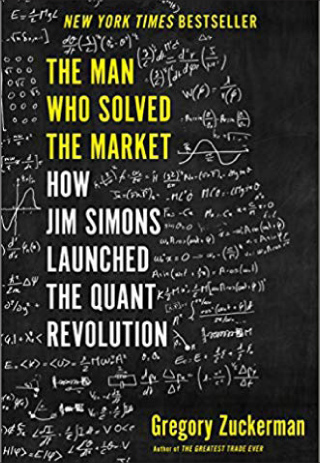 The Man Who Solved the Market: How Jim Simons Launched the Quant Revolution

The unbelievable story of a secretive mathematician who pioneered the era of the algorithm - and made $23 billion doing it.

Jim Simons is the greatest moneymaker in modern financial history. No other investor - Warren Buffett, Peter Lynch, Ray Dalio, Steve Cohen or George Soros - can touch his record. Since 1988, Renaissance’s signature Medallion fund has generated average annual returns of 66 percent. The firm has earned profits of more than $100 billion; Simons is worth $23 billion.

As Renaissance became a market force, its executives began influencing the world beyond finance. Simons became a major figure in scientific research, education and liberal politics. Senior executive Robert Mercer is more responsible than anyone else for the Trump presidency, placing Steve Bannon in the campaign and funding Trump’s victorious 2016 effort. Mercer also impacted the campaign behind Brexit.

“The Man Who Solved the Market” is a portrait of a modern-day Midas who remade markets in his own image but failed to anticipate how his success would impact his firm and his country. It’s also a story of what Simons’s revolution means for the rest of us.