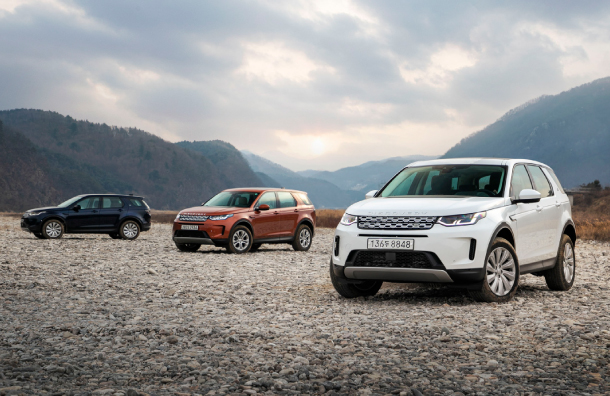 Jaguar Land Rover Korea has given a face lift to the Discovery Sport SUV.

The upgraded Discovery Sport, coming five years after the model’s prior launch in 2015, includes enhanced performance features and the latest technologies, the vehicle importer said in a statement Thursday.

Jaguar Land Rover said it upgraded the load capacity for the newest model to target Korean families. The trunk size was expanded to 897 liters (237 gallons), with a capacity of 1,794 liters if backseats are folded.

The new Discovery Sport also has an improved infotainment system, the automaker said, adding that the touchscreen display has been widened to 10.2 inches and has better resolution and touch response.

Drivers can select among six driving modes set for different terrains, and the upgraded vehicle also comes equipped with a terrain response system that automatically matches the suitable driving mode to the terrain.

And by including its “mild hybrid electric vehicle” system, Jaguar Land Rover Korea said the new Discovery Sport has a fuel economy of 11.5 kilometers per liter, for a 6-percent improvement on the pervious iteration. The new SUV model also has digital safety features for all sides.

Depending on trims and options, the two diesel versions of the Discovery Sports are priced between 62.3 million won ($52,700) and 72.7 million won. The gasoline model is priced at 69.8 million won.