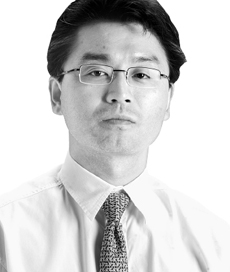 I had the opportunity to privately converse with Yoon Seok-youl when he headed the Seoul Central District Prosecutors’ Office as it investigated alleged wrongdoings of past conservative governments. I imagined him to be politically motivated considering that he landed such a high-profile job under the new administration. But he turned out to be a fundamentalist true to his profession. But one thing was sure. The investigations he led would be stringent. I did not discern any political ambition after he was named prosecutor general. Yet public polls placed him No. 2 among possible candidates for the next presidency. What and who has made him a de facto political figure?

Yoon himself had nothing to do with it. His name is repeatedly mentioned because he was pitted against the Moon Jae-in administration. The Blue House fumblingly overreacted when the prosecution started investigating people in power. When persuasion and coaxing did not work, the presidential office, government and ruling party went all out to destabilize the prosecution and its chief. But the more he was challenged, the tougher Yoon became. He suddenly was portrayed as an upright defender of justice who does not fear the powers that be. In its campaign to push him out, the ruling power managed to turn Yoon into a folk hero — and a formidable presidential candidate.

The biggest aid came from the president’s most loyal followers, former democracy movement activists including former Justice Minister Cho Kuk. The fallout from Cho’s scandal has exposed the real face of the Korean progressive front. They were audacious in their double standards, self-righteous, arrogant and proud. Their sense of superiority came from their contribution to democratization. The presidential staff blatantly interfered to get the president’s friend, another human rights lawyer, elected as the Ulsan mayor. They covered up bribery charges on one of their own: Yoo Jae-soo, former Busan deputy mayor. They vehemently protected Cho when he and his family came under suspicion for corruption.

When their irregularities were exposed, they had no remorse but fumed with hypocritical rage. They were forced to distort everything. They defied prosecution summons and accused Yoon of waging a “coup” for turning them in. Im Jong-seok, a former Blue House chief of staff, smugly advised prosecutors to be “more polite and decent” after he was questioned about the Blue House’s election meddling. Yoon emerged as a champion of justice against those self-righteous figures, who were so contemptuous of the criminal charges against them. Since their self-delusions are fixed, they will likely continue to contribute to Yoon’s political rise.

Choo Mi-ae, a justice minister who has been given the mission to protect the Blue House, has been ruthless and determined in her campaign to bring down Yoon. She demoted key deputies of his and accused him of disobeying her orders on a reshuffle. 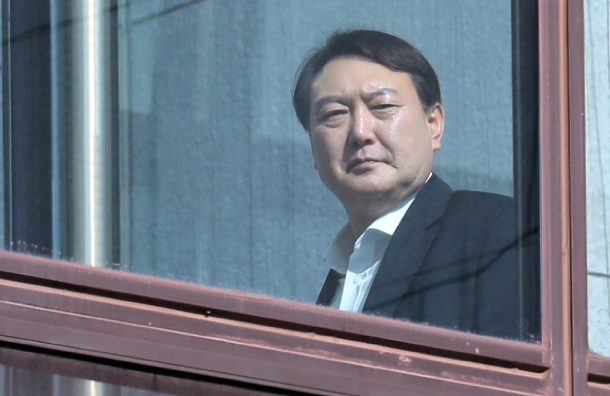 She then went so far as putting a gag order on an indictment of the former Blue House staffer allegedly involved in the Ulsan mayoral election case. She defended the move and denied its breach of the constitutional right of the public to be informed of such indictments. The indictment is known to have specified how the former and current staff ordered police and others in Ulsan to find dirt on people around the former mayor. She may be attempting to buy time for the ruling front at least up to the April 15 parliamentary elections. In a democracy, a presidential staff’s interfering in elections is a major crime. Some even compare the case to former U.S. President Richard Nixon’s Watergate scandal. The more Choo gets tough, the more Yoon will stand out in his battle.

Judges and prosecutors have also gotten involved in the fight. So-called progressive judges who exposed wrongdoings in the judiciary under former conservative governments have been recruited to run as the ruling party’s candidates in the next election. They have become firm loyalists to the Moon government — and their former colleagues have lamented their conversions.

The Moon administration vowed to reform the judiciary to cut its ties with politics. But the court and prosecution have become more politicized than ever. The separation of the three branches of government has become threatened, but few speak out. The campaign to sabotage the judiciary is excused as a “reform” process. The converted judges and prosecutors also have contributed to raising Yoon’s political profile.

At the end of the fight with Yoon stands the president himself. Moon should have scorned the recklessness of his staff and put a halt to it. If the campaign undermining law and justice and sabotaging any opposition force does not cease, Yoon’s rise won’t be stoppable. Moon also would only be aiding Yoon if he forces a strong-headed person like him to kneel before him.

Yoon asks his name to be removed from the candidate list. But society may not let him go into the dark night. More have found inspiration in a man challenging an increasingly unruly power.